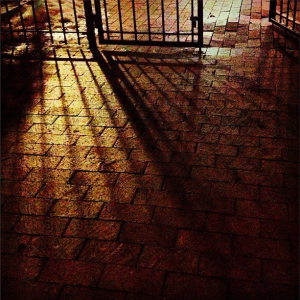 We were sitting around the table, scarfing down dumplings by the dozen. They were every bit as good as I had been told, and I wasn’t about to refuse a free meal. My girlfriend’s father, a small, well-dressed man, drank glass after glass of beer, urging his chauffeur and I to keep up. I didn’t need to be told twice, but the chauffeur was, well, a chauffeur—he still had to drive us back to the upscale apartment complex my girlfriend’s family called home. My girlfriend’s father inconspicuously motioned for me to lean in over the table, quickly glancing to my right. “Don’t be obvious, but see those two guys eating next to us?” I ate a dumpling and looked over surreptitiously. The pair were eating dumplings and drinking beer, very much like we were. They also looked like businessmen, just like my girlfriend’s father; white dress shirts, black slacks, cufflinks, loafers. So what? I thought to myself. I’m here for the free beer. I humored him and nodded quietly as the chauffeur lit up yet another cigarette. The chauffeur’s face, as always, was inscrutable. My girlfriend’s father leaned back in and whispered one word: “Mafia.”

Not a year later my ex-girlfriend called me up in hysterics. Her father, the VP of the largest securities firm in Northeastern China, was barely holding on—he was in the ICU after he had his skull staved in with a brick.

I had always wondered how he knew that.