In the Dollhouse
by Jay Coral 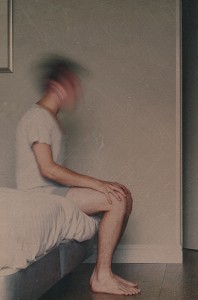 The Definition of Happiness is Indifference

As soon as Kevin hears the FedEx truck on the driveway, he promises himself to get a wedding ring at the pawnshop. His walk from the kitchen to the front door and the irregularity on his heartbeat skipping and pounding make him think of a slow procession to the altar.

The package which looks like a coffin in a cardboard box explains the mystery of Sabrina, a five foot five creation from DollX Enterprise. The delivery guy knows better but he contends to shot him an unknowing eye, and after handing the receipt, he leaves with not so much a sign of curiousity.

The End of the World is Blood and Wire

Sabrina has blonde hair, enhanced breast, and flexing hip joints. She has eyes that doesn’t orbit but can gaze distantly at the clouds. Kevin looks at her and discovers the birth of a new star. She has her dresses ready, nice and fancy.

Some days are awkward. He will sit her at the end of the table but she will not touch her plate of spaghetti. Some days are pleasant. No words can express the joy as they watch Jeopardy on the living room and listen to Verdi at the balcony. When it is time for bed, Kevin reads her silence as a consent to lie next to her body. “I won’t ever hurt you.” he will whisper in her ear.

Being Married is Being Unknowingly Alienated

Many evenings and many moons, Kevin remembers the story of the mother chimp who carries her dead baby on her back. Theories fly whether she believes her baby is sleeping or whether she is mourning, but it interests him that her state of denial is fascinatingly human. He will make a quick study of this and be convinced that affection (he cannot call it love) is a very primal feeling.

What if he is the wood who cannot be nurtured in this relationship? To give, to give, to the point he gives up to his madness so he can give love – isn’t that a good enough reason to breathe?

One morning, Kevin draws the curtain and the sun spears him through his cornea. The disturbed flies buzz after he backs down a pile of t.v dinners. Then the door flings with a bang. An ant of people rushes in, some with black ties, some covering their noses…. He heard someone says “Oh my god, he is pale as a ghost.”

He wakes up to the scent of lavender linen. The bed sheet and the white blanket wrap him like a sheep being herded. In a corner, a nurse with a magazine flashes a wide grin. The brightness envelops and situates him – a tray of food, an assortment of medicines and a solitary Sunflower in a vase on a table next to his bed.

He gets up and the nurse follows him.

You Have Your Own Garden To Cultivate

On the day that he is released, a seagull drops a load of shit on his shoulder. While wiping himself, his counselor continues to give orders at the parking lot. Tasting freedom in the air, Kevin acknowledges the humor and the instruction but is blushing in shame.

Inside the car, the hospital moving farther and farther away, and his sister telling him how his color has returned and how Peanut the family dog is waiting at his apartment, he secretly smiles at the passing bystanders. The heat being stuffy he rolls the window down and he hears the wind begging: Talk to them.