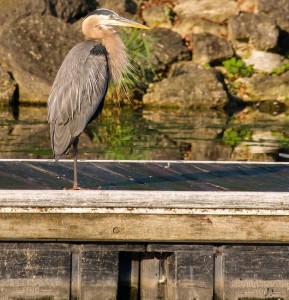 I found the body of John Wilkes Booth after three days of sludging through the Okefenokee Swamp.

My bluetick hound, JWB as I sometimes called him when my mouth got worn down from smiling too much, ran off chasing a particular egret I was trying to shoot — Nikon, not Winchester. Couldn’t say if it was the beauty of that bird that hypnotized him. An egret’s a fine animal, with feathers white as the Lord’s robe, wings the length of a shepherd’s staff, and enough compassion in its face to convince any man the truth of the Good Word.

But God Almighty, do I regret going after that damned bird.

Seeing John Wilkes Booth lie there in a thicket of reeds, his paws splayed to one side, spotted black belly torn open, put me straight on my knees. The sun was to my back, burning it something fierce, and the weight of my grief pushed my head so low, I couldn’t see the whole of my own shadow shivering across the muddy water. I cried until my stomach cramped with pangs that reminded me of hunger. Which, thinking about it, must’ve been a good long while because I stopped wanting food after the umpteenth hour of not eating, and that was yesterday evening thereabouts.

I wouldn’t say I regained my composure once my tear ducts dried to dirt, but I grew tired of grieving in waist-deep water, letting my buddy decompose. Before I stood, I scooped John Wilkes Booth into my arms, told him how much I already missed him. He smelled like blood. In the weak light slanting through the weeping willow trees, I saw the red stains on his fur. How badly the coverage, I won’t recall.

And there beneath my friend sat a leg. A stump of a thing, slick with moss and rough with scales, covered in chew marks the size of JWB’s muzzle. Carefully, I lifted that leg. It was heavier than it looked, which struck me as funny, as it looked heavy as hell.

Okefenokee’s famous for its gators, and I knew right then this belonged to the one that killed my friend. Despite the mighty sob that began to swell in my chest, so mighty I thought my legs would soon give way and drop me to the ground, I couldn’t help but feel proud of my dog for ripping a new hole in this monster’s hide. My heart may be broke, but the pieces weren’t too small to keep me from stuffing that leg in my equipment bag, and getting ready to hunt the gator I named Abraham Lincoln.

First, though, I assembled a makeshift casket of empty film canisters, branches from fallen trees, and shreds from my camera strap. I swaddled John Wilkes Booth in my jacket, zippered him up. At the base of the tallest cypress in sight, I laid him to rest. There wasn’t a terrible lot left in me as far as bawling was concerned, but I gave him what little I had.

Then I got to walking.

The night became the day once more, and walking got hard.

It wasn’t exhaustion I worried about; it can’t hang nothing over a man the way anger can, anger over the thoughts of failing my friend for the second time. He deserved better; deserved better from me. The man who took too long to locate him, rescue him, and now, in loosing the life from the beast who stole his.

And so I walked.

Over the next two days, I spotted three-dozen gators, none of who swam with an off-kilter stroke, limped off their logs when I hollered, “I hate you, Abe!” or wore any type of scar they hadn’t earned from a fellow reptile. When I grew thirsty, I drank deep from the Okefenokee waters. Tasted spoiled. Hurt my stomach. But if you have to, you can get used to anything. On the occasions I grew hungry, an image of John Wilkes Booth postmortem came to mind, and so I let myself starve.

As the sun smudged its last mess of orange across the Florida sky on my seventh night out, I found myself back at the cypress where I’d buried my bluetick hound. Should’ve guessed I’d end up here again. Anger can carry a man forever, but it can’t give him direction.

David Starnes is a North Carolina State graduate (Go Pack!), with a B.S. in mechanical engineering. A programmer by trade, he’ll readily admit to the number of eye drops necessary for all the time he spends at the computer. He lives in Cary, NC, with his wife and two Westies. He has short stories published in Literary Orphans and The Writing Disorder. 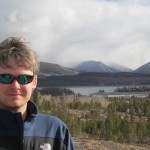