How to Get Rich and Stay Poor
by Peter Friedman 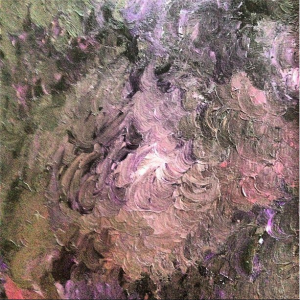 He thought that would make it seem like it wasn’t such a big deal.  But he knew what William meant.  He knew that William’s parents had bought him his cards, while his wouldn’t even let him play a game like Magic: the Gathering, let alone fund such a fanciful hobby.  As far as extracurriculars went, his two choices were baseball and baseball.  And he didn’t like baseball.  Probably because another of the rules was that he couldn’t chew gum, and who wants to play baseball if you can’t chew gum? The list of rules was long.  His room couldn’t have blue walls.  He couldn’t eat sugary cereal.  He had to call his dad by his real name, Earl.

How–to answer William’s question–Jason got, say, a Serra’s Angel, when all he started with was a Chimney Imp was by trading up, through minute, almost imperceptible intervals.  It might take 100 different trades to yield the desired result, but eventually it always ended up in his hand, the coveted piece.  And that was a good feeling.  Almost as if he were painting his walls blue, or eating Lucky Charms, or calling his dad pops.

Through most of his life Jason only said two things to his parents.  Hello and goodbye.  He didn’t know much about them.   When friends asked about them, he’d provide odd tangential observations like, “My mom likes the color orange,” or “Earl misses his Adam’s Apple when he shaves.”  In darker moments he’d wonder, “Why’d they have me if they don’t want anything to do with me?” But it never got as dark as it did for some other people Jason knew who had the same thoughts.  Jason had a certain built-in toughness.  He could adapt.  In every situation, he held out hope for better cards.

Then, one Saturday afternoon, when Jason got home from baseball practice early, he thought the universe had dealt him a Serra’s Angel without all the extra work.  He thought he just got lucky.  It was a conversation he overheard between his parents.  His mom had said something about redecorating and then Earl said “If I could only get my hands on one of those Maliari prints, I’d be a whole new man.  I’d recycle, I’d tip the landscapers.  Fuck, I’d even spend some time with Jason once in a while.”  Jason didn’t waste any time.  Excited, he went straight to his computer and Googled Maliari.  8,000,004 results.  On the side there was a little picture of a wrinkly man in sepia wearing a Stetson hat, with a caption that read:

Amelio Maliari was an Italian painter and sculptor who relocated to New York in 1902. Primarily a figurative artist, he became known for paintings and sculptures  characterized by stark miens and minimalism of form.

He noticed, first, the uncanny resemblance of this Maliari person to Earl, and second, an article about a recent auction of a Maliari painting for $457,550.  At the sight of the price, Jason’s face dropped.  He clanked the mouse in disgust, turned off the computer, and went to bed without brushing his teeth—Maliari’s face for a night light.

Jason was shuffling a deck of cards.  William’s eyes followed the cards attentively.

“Yeah, I dunno man, that’s a lot of money.  I mean I can ask my parents for some, maybe save a little and help you out.  But you’d have to pay me back eventually anyway…

I mean why are you so obsessed about this painting anyway?  So your dad said this guy’s name.  Maybe he was just saying it to say it.”

“You could trade for it, I guess.”

“Trade for it! 400-something-thousand dollars?  That’s the stupidest thing I’ve ever heard.”

There was a long, deep pause.

William could see his suggestion warming to Jason.

“But what would I start with?”

Jason stopped shuffling the cards.  There was Serra, looking as angelic as ever.

“She’s your girl,” William said, “3rd edition, most valuable thing you’ve got.  It won’t be pretty, but it’ll have to do.”

It wasn’t easy but slowly but surely Jason traded his way up, card by card.  Like all businessmen, Jason and William couldn’t always be nice about it.  Sometimes they needed to hoodwink the more savvy traders, embellish the virtues of weaker cards, and, especially, exploit the naïve (sixth graders).

It was three months and about 200 trades since William’s suggestion, and now he held in his hand the pinnacle of Magic cards: Black Lotus.   It was a wonder one of these even existed within the walls of their middle school, for Black Lotus was the most rare, expensive, sought-after Magic card in the world, bar none.  There was only one problem.  It clocked in at just under five grand.  That was less than an eightieth of what a Maliari painting cost.  And according to William, who had asked, no one in school had a Maliari painting, or even knew what that was.

“There has to be some way,” Jason said the next day, half to himself and half to William who was sitting beside him, holding a printout of the Maliari painting they wished to target.  The painting itself was rather unassuming—or to be more blunt—nothing special.  It was a skeletal portrait of two men, one looking at the other who looked pretty much like the first, except maybe an inch taller.  There was no sky or anything.

The more important thing about this particular Maliari was that it was known, as per Wikipedia, to be the heirloom of an old Swedish woman, Elsa Trevligt, living in Little Neck, which was accessible by train.  She was geographically reachable, but far away in contract negotiations, having been understandably unwooed by the boys’ initial offer of one mint-condition Black Lotus and $52.37 cash.   In fact, they both knew they were lucky to still be on speaking terms with her.

Jason had the Black Lotus in his hand.  They had been brainstorming for over an hour and the ideas were getting progressively outlandish.

“Could we forge it?” William asked, half yawning.  “And sell lots of black lotuses.”

“And what, put the real one on top?”  Jason mocked.

“The eBay picture would look real at least.”

“Hey, wait.” Jason looked at the Black Lotus, then William, then the Maliari.

“That’s it. eBay.  We have to sell it.   Then use the money to buy something that’s worth a little more than the money we bought it with and keep going.”

“How can something be worth more than the money you bought it with?” William asked, puzzled.

But two weeks later, when Jason came over to William’s house holding a framed, signed, game-worn Babe Ruth Jersey complete with certificate of authentication, he got the hang of it.  It was about what people needed.  If you could advertise something the right way—cover-up impurities, slip in a few made up lines to the story, and find some people who were rich enough not to think twice about it—you could get more money for, well, money.

And so it went:  a pair of green jade carved Royal Chinese dragon Censers, the complete first editions of the Wizard of Oz books, then a signed Franklin Delano Roosevelt letter to James P Dawson.  They were up to 150 grand, partly owing to small embellishments, like the fact that the dragon Censers had been dug up near the gravesite of a Qing-dynasty emperor, or how they had scattered the Wizard of Oz books with small notes by L. Frank Baum to himself, or how they had added little doodles to the FDR letter which they claimed were his own.

When they came to Elsa with a heretofore undiscovered Picasso which they had bought on eBay for $400,000  she was on more than speaking terms.  She was shocked.  And then eager.  Very, very eager to have the paintings trade hands.

“Can I get you two lovely boys any lemonade?”  She asked, but not really offering.

“It burns my throat” William said.

“Just the Maliari will do, thank you” Jason added.

And just like that they walked out of Mrs. Trevligt’s house with the Maliari painting they had spent so much time working up to.  The blue walls, the sugary cereal, it all paled now.  Jason was about to make his father love him, and he would’ve  given up any number of lifetimes filled with lucky charms for it.

The next morning when Jason approached his father with the painting, he felt as though he were committing his biggest forgery yet.  He looked at the painting.  Just some rough faceless outlines, nothing special.  And he hadn’t even wrapped it.  Could this really work?  Could he trade up to his father’s affection?  And if a painting was worth that much to someone…He didn’t let himself finish the thought.

Earl looked at Jason strangely, then burst out laughing.  He sobered when he realized Jason was serious.

Jason didn’t say anything.  He handed Earl the painting.

“Yes, I like this one.  I have a few prints in my office.  But this one is nicely framed.”

Jason’s eyes were on the blank circle which was supposed to represent the face of the taller man in the painting.

“I’m afraid that’s impossible, Jason.  The original was famously burned in a house fire almost a century ago.”

“But a lady named Mrs. Trevligt…”

“Mrs. Trevligt! You got this from Mrs. Trevligt?  A while back when I was looking for this painting for myself, before I knew what had happened to it, I came across her too.  Very nice woman.  Yeah, she told me someone had gotten word that her print was actually an original and posted it online.  And since then all she gets is phone calls about Maliari. Kind of a sad story actually.”

He put the painting down on the kitchen table, put on his coat, and went out the front door without another sound.

Jason didn’t move for a while, just watched Earl’s outline disappear.  When he finally did move it was to his computer, to see what he could buy for half a million.  There must be someone out there he could pawn this print off on.  He would have to stick to that kind of currency for now.  He didn’t like it, but there were worse things than being the wrong kind of rich.  He called William to plan their next move.