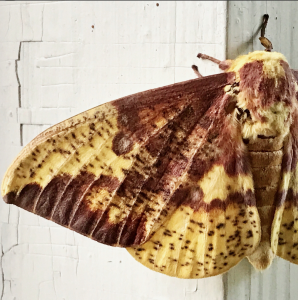 Remember those pictures of stickmen we would draw when we were kids? Each one on a fresh page in a slightly different position to the one before? How when you flicked the pages, it looked like he was running; a man made of balsa wood, stick thin and stiff, dragging himself in stark jerks from one position to the next without fluidity.

Well, each time the chunky wooden door to the ladies’ toilets swung open, I got a flash of him loitering outside in a slightly different position. A series of clandestine pages that captured his awkwardness. That’s how I saw him: a stick man in a baggy white T-shirt and blue board shorts. A red raw sunburnt head covered by a baseball cap with eyes hidden by mirrored glasses. His arms were folded, then unfolded, then folded again, like even he didn’t know what to do with them. He strained to find me every time the door opened, in between being shunted out of the way, by unsettled or indignant women trying to make their way into the toilet. He basically looked like a pervert.

‘He’s with me,’ I said to each one that filed past, as if I was admitting I’d just farted.

This one older lady with blonde bouffant hair and coral lipstick had jumped as she’d opened the door and saw him standing in the doorway like an eyeless obelisk, blocking out the light. She’d looked back at me with frightened eyes framed by clumpy mascara.

‘He’s with me,’ I said apologetically.

She tutted, eyes widened at me as if I were mad and pushed past him. To be fair, he didn’t move much, she literally had to shuffle past him. He wasn’t used to being kept away from me, even by signs that clearly stated it was a female toilet. He struggled with the constraints of public order thrust upon him at the best of times, when it came to me, there were no boundaries, I think that may be my fault.

‘Can you please stand away from the door, you’re freaking women out,’ I shouted.

‘How long are you going to be?’ he said.

But the truth was I didn’t know. This was the most space I’d had in months, except from work which was a different of captivity. Outside my life as a office-bound battery hen, wherever I looked or went he was there, assuming every spare minute we had should be spent together, that I might float away like a balloon if he ever let go. I couldn’t breathe.

‘Why don’t you just leave it?’ he said, his voice diminishing as the door closed.

‘Because it will die,’ I said.

I was having a problem bringing myself to touch it with my bare hands. I imagined it to be furry and that I would feel it’s cotton-thin legs and its powdery wings moving on the thin skin of my palms. The thought made me shiver. The same way I’d shuddered when I imagined what it would be like to feel a baby move inside me, like a parasite had taken my insides hostage. My friends tell me it’s weird I think that, I mean everyone thinks a baby moving inside a woman is magical, ‘like butterfly wings’, a description that makes me want to vomit. If you felt a butterfly fluttering against your insides, its legs crawling around in a frantic panic trying to claw a way to an exit, I guarantee you would not think it profound. I’m just being practical. I have a friend who has been pregnant, and when it first moved, she thought it was gas.

‘Do moths bite?’ I shouted, as the door swung open another time. This time a lady toilet attendant, dragging a mop bucket on wheels, gave him a filthy look and said something neither of us could understand, in Spanish.

‘He’s with me,’ I said to the lady attendant not sure if she understood. She seemed annoyed, rolled her eyes and wheeled her bucket past me, but stopped to see what I was looking at. When she saw the moth, she spoke in Spanish again, but it didn’t sound good, then she shivered as if someone had walked over her grave and urged me with her eyes to do something. Now regardless of if the moth would bite or sting, or if it would feel like a parasite that had burrowed its way on the inside of my womb, I was now officially responsible for it.

I unrolled some toilet paper, I would line by hands with it. I thought I could cope if it wasn’t touching my bare skin. It was really just a big furry grey and brown slug and reminded me of a pencil case I’d had in the fifth year at school. I took a deep breath, covered it with my tissue encased hands and felt it thump between my palms. I held my breath. The moth threw itself at the walls of its prison. If I didn’t think of it as a creature, it wasn’t altogether unpleasant; it was like holding a naked pulse.

I knew I had to free it quickly, because the beating against my hands felt so strong I was sure it would exhaust itself and die. Imagine how petrified you would be if giant hands scooped you up and kept you in the dark? Wouldn’t you fight until you died?

‘I’m coming out!’ I shouted and rushed to the door.

He never left me alone, not since in a fit of drunken stupidity I tried to discuss if us getting married was the right thing. I elected to have this conversation after he had proposed and I had accepted, but when he asked I’d said yes because I didn’t want to be rude. I’d felt my own pulse beat in my ear drums, as if a little man was punching them with his fists in anger. I also felt throbbing in my feet, I broke out in the biggest sweat and had to take my socks off, my sweaty feet leaving steam prints on the laminate floor. He thought I was overcome with emotion. I was actually shitting myself.

I told him I wasn’t sure if men and women were meant to live together, that maybe we should live in communes, like meerkats, in communities that took turns to look after the children. He said that was stupid. He wanted a relationship like his mum and dad who had been married for forty years and never spent a night apart. He saw this as proof of a happy existence. I saw it differently; every night, his dad came home and read the paper and watch the tele while his mum cooked dinner. Looked pretty shit to me.

When I looked at my engagement ring I felt claustrophobic and ungrateful. A ring an intern from Shanghai at work had described as ‘a standard ring’ while trying to compliment me. I tried to remember how we started dating in the first place. I comforted myself with the fact that we didn’t have to marry soon and if we broke up I would give him the standard ring back, for the standard fiancé he was looking for, to become his standard wife. I would try and break up with him in a standard way. I’m good like that.

The further I tried to distance myself, the closer he got; he wanted to walk holding hands, we had to go to bed at the same time. If I went earlier to read, he took this as personal slight. I went to the gym four nights in a row one week and on the fourth, he picked up his bag and said he was joining too. I could feel him watching me from the other side of the gym. My heart sank. I couldn’t breathe. He wears no socks and deck shoes to the gym. Yes, I’m a bitch, I know this already.

I had tried to rescue animals before, always unsuccessfully. There was the baby blue tit our elderly neighbour had found, he was going to leave it to die on the ground so I took it and put it in a shoebox and called it Billy. Convinced it needed to be warm, I put it on the shelf over the radiator where I think I slowly cooked it from below; like you’re meant to cook pizza. I put him in the bin outside. When the neighbour came round and asked how he was doing I lied.

‘Fine!’ I said, ‘I released him in the garden this morning and he flew away.’

My neighbour was so happy, ‘I’m so pleased I gave him to you,’ he said.

I felt such a fraud. Then there was the even tinier bird, the one that looked like a prawn. I fed it raw mince, kept it in the plastic packaging from an Easter egg and padded it out with cotton wool and a stinky blanket that belonged to the cats. He was pink and naked with blue domes where his eyes would be and a bright yellow strip across his face that would become his beak. I placed him in the smelly blanket covered in cat fur. The way his back moved as his lungs were breathing gave me some hope, you could see right through him. He died overnight and I was pretty disappointed. I thought I might make it work that time. Then Susan at work told me he’d probably been thrown out of the nest by his parents because there was something fundamentally wrong with him. They would have sensed it, she told me.

‘It’s a waste of resources,’ she said. Susan went back to scraping her yoghurt pot with a spoon. One day I’m going to lose my shit when she does this and scream,

‘Get out of the way!’ I said and barged past him.

‘Sorry,’ he said and stepped backwards, bumped into a lady who was trying to get into the toilets. He stood on her foot and I heard her shout, ‘Ow!’, he apologised, she tutted and muttered under her breath,

I got a few metres outside, opened my palms and let the hawk moth escape. He flew randomly in all directions at first, like his engine was going to give out. It was like trying to follow a manic dot and the hot Mexican sun was beating down and bleaching everything with its dazzling yellow glare. We all followed the moth; me, my fiancé and the lady toilet attendant.

It flew towards some bushes just as a black grackle swooped in. It cut the moth off mid-flight, caught it in his mouth and landed on a branch of a tree, like a black drone. I swear I heard crunching. I grimaced, the lady toilet attendant rolled her eyes again and my fiancé laughed,

‘Funny,’ he said, ‘You were basically complicit in his death.’

When we get home from this holiday, I will break up with my husband-to-be in a standard way. I will give him his standard ring back because I will not be complicit in anymore deaths.

Riley Whitfield is a UK based writer. She is the wife of a tattoo artist, mother of a small benign dictator and relies on a black Labrador for emotional stability. Riley nurtures an obsession with characters that are as much villain as hero, and lurks in the blurry landscape between perception and reality. Her fiction has appeared on Spelk, Commuter-Lit, the University of Winchester Journal: Alfred, UoW Anthology: Litmus 2017 and Matt Shaw’s Masters of Horror. Instagram @clarerileywhitfield 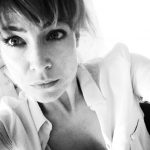