The Ground Above My Feet by Christopher Allen 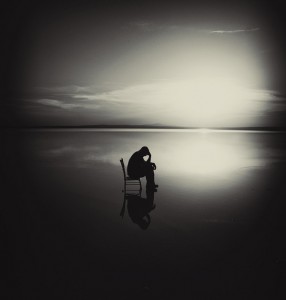 You need a black lady. That’s how my father put it. Out of the blue. A black lady. Like he’d been thinking all day about the kind of woman who’d make me happy and just couldn’t keep it in another second. What do you say to a comment like that except Dad, please? I was ten. A black lady. It went on and on like a mantra for years. I’d like to think he wasn’t crazy or racist—or hyper anti-racist? Is that even a thing?—but most of all I hoped my dad simply had a dangerously misunderstood sense of humor, that he was genuinely thinking of my happiness or that he was thinking our offspring would be more genetically varied and therefore scrappier, healthier, stronger. Like mutts. Or supermodels.

When I gained weight in my teens, he took to saying You need a fat black lady. Dad, please. A really fat one, he’d say. One who won’t make you feel desperate for ordering that third pizza. A third pizza? I swore I’d never ordered a third pizza, and he said Right. Sure you haven’t. A fat black lady, he went on and on. She’ll bake you cookies, and let you eat tray after tray hot right out of the oven. And you can get as fat as you want. Cookies? I said and wondered if I shouldn’t call someone about Dad—though I liked cookies. A fat black lady baker, he said one evening at dinner and rapped the kitchen table as if now all his son’s bases were covered—this was the person who’d finally make me happy. Dad, please. I’m happy, I lied. Trust me, son, he said, I know happy when I see it, and you ain’t happy.

When I told Dad I was gay, he didn’t drop a beat. You need a short fellow, he said, someone like you. A tall fellow’ll boss you around; you don’t need that. I laughed. OK, Dad. And does he have to be black and fat? (I still loved my cookies.) Dad cocked his head, closed his eyes. No, he said. But I’d steer clear of the Scandinavians. He craned his neck as if cowering in the shadow of a giant gay bossy Scandinavian. The Portuguese, he said, they’re tiny. Dad, I’ve never even been to Portugal, and I’m not that short. Right, he said. Sure you’re not.

I lost my job; he sent me classifieds. I broke a finger; he bought me a voice-recognition software. I was stood up by the one I thought was the one; Dad sent over three large pizzas. I was admitted to a clinic for depression; he had a woman play the harp. Dad, please. Get the hippie with the harp out of here. Pulling out the stops here, son. Pulling out the stops. Thank you, Dad, but please just stop.

When they told him I was dead, he came to stand on the ground above my feet. He looked depleted, all out of advice. Said this thing was new, said he didn’t know beans about being dead, said it scared him shitless. He didn’t blame me for leaving, didn’t like the world much either, said hate breeding hate breeding hate must keep it turning, said he’d always prayed to me like a god, to his good and restless, beautiful son.

Christopher Allen is a freelance editor, teacher, translator, and writer. His fiction has appeared in Indiana Review, Night Train, Quiddity, SmokeLong Quarterly: the Best of the First Ten Years anthology and other fine places. Read his books reviews at [PANK], Necessary Fiction, Word Riot, The Lit Pub and others. Allen lives somewhere in Europe and blogs at www.imustbeoff.com 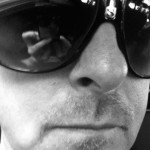