A Good Night for Maali by Elizabeth Brown 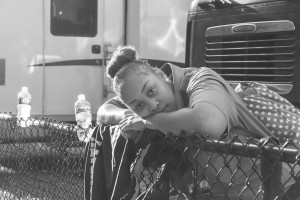 No rest for Maali. Time is like a clock unwound, festers with the fowl scent of eager men leaning in. One cigarette in the pack, a pair of scuffed shoes, ripped pants, a black Sharpie in the left pocket that she sniffs on occasion. At one time, she used it to draw on paper, then walls, then pants and, now, mostly skin.

“You’re a goddamn artist,” he told her. “What else do you need?”

He was a good one, but he left her on a Sunday, the Lord’s Day, spit on her leg just before he opened the door, apologized, said he forgot he was still inside the truck.  She forgave him for that and for the fifty dollars he stole from her pocket while she slept.

But she couldn’t forgive him for the other.

That day, she went alone, rain came down in torrents, and she spread her legs for the white coats. After, she felt manic, liberated, and she jumped up too quickly, saw spots, felt the warm blood gush; she walked over to the gurney next to her, hugged a crying girl with freckles. She met her in the waiting room, when big, bad, street bad, Destiny, taunted:  “Little hands dey gonna reach out and dat baby gonna yell, help me!” and the freckled girl cried and Destiny and Maali laughed. Maali felt brave. The freckled girl was weak, coddled, Christian. Fair skinned girls don’t do this, Maali thought.

She checks her pack. One smoke is left. That’s what life amounts to, when all is told. Maali walks down dark alleyways, cursing thugs, accepting twenties from thick-haired prep boys who go at her, eagerly, naively, and then  zip up, ask questions like “Are you really an artist?” and “What happened to you?”

If she likes him enough, and he pays enough, she takes out her Sharpie, draws an image on his body. He chooses where and what:  a lotus on a forearm, a sailboat on a chest, a girlfriend’s name on a groin.

The sun sets, fiendishly. Maali settles onto the magenta couch behind Bubba’s Thrift Shop, a mile up the road from Westminster; from here, she sees the chapel’s steeple, imagines the boys, the way they leave her, turning back for one last glimpse—some wink and smile, others scowl; she forgives them, the way they must forget about her after, satiated, sweet bodies with sleek spines and lean limbs sprawled out across pristine sheets, lightly covered with cotton quilts.

She wakes, counts her money. Forty dollars was a good night. She takes out the last Marlboro. Lights it and inhales deeply as if she is taking back her soul. Morning heat rises off pavement like sharp waves of depravity; land gulls touch down for scraps; fat black crows caw; a spindly dog growls and limps off; the sun is fierce, knows nothing of Maali’s hunger, redemption, worn shoes; it burns like the tip of her last cigarette when she touches it to the back of her wrist, just to feel alive.

Elizabeth Brown is a native of Connecticut. She has short fiction appearing or forthcoming in The Milo Review, Pithead Chapel, Sleet, Bartleby Snopes, HelloHorror, and elsewhere. In addition to writing short fiction, she has completed an adult dystopian novel and is currently working on a paranormal series. 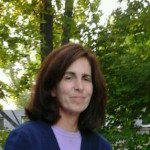