Get Ugly by Andrea Arnold 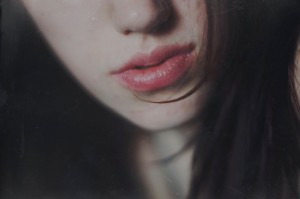 He isn’t a stranger. Not exactly. But I can’t say I know him know him when he calls my cellphone today and says, “What would you say if I said I was in LA right now?”

His voice brings back memories of dark rooms and deep bass. It feels disconnected, like he’s a high school history teacher talking about someone else’s past.

I met Jason six months ago. He had that thing super smart people have, like he was a vessel sent from another world to explain what made us human. It was different when we touched. I wasn’t stupid and naïve enough to say that Jason and I were “meant to be,” but when he kissed me that night in a hotel room, our bodies collided and I felt certain it was supposed to happen. Not that it should have. We were married to other people.

I am seated at my desk. A memo is due. The judge won’t wait, and my boss needs it typed by morning. I look out the window and see a homeless woman across the street making her bed on the sidewalk. I press my palm to the glass, and it’s still warm outside.

I tell Jason that if he were here I’d meet him at a bar.

“They’d be playing something sexy with a hard bass,” he says.

“Springsteen,” he says, giving away his age. I would’ve said Jack White. Seven Nation Army would be droning from the speakers with its rhythm that made me want to march or fuck.

The night we met I was perched on a barstool somewhere in San Francisco. I had a work trip and was out with friends from college who lived there. Jason walked right up to me. Pop music played. Bodies moved on the dance floor. “You look like Rosanna Arquette,” he said. “The young hot version. Not the old haggard one.”

I save the document on my computer.

“You would be sitting alone and drinking something brown,” I say, twirling strands of my hair around a finger until it cuts off my circulation.

My mother used to hate it when I did that. She’d worry I’d lose a finger, or worse—the hair. She told me I’d go bald, which really meant get ugly. She hated my college boyfriend because he had tattoos of skulls and angels and his hair was long and stringy. She would hate Jason for going bald. Besides, she admired men who labored, but I knew better because no man’s hands could piece my mother back together.

My husband made the coffee this morning, poured and added just the right amount of milk. He left my mug on the bathroom counter while I was in the shower. He was dressed in his usual Carhartts, a thermos in his hand.

During the call Jason is likely staring at a computer screen creating some software program the rest of us would all use someday and that would make our lives easier. I’d use it too but complain a lot because it would be his. He isn’t in town.

“How’s your wife?” I say, because I want Jason to know I knew about her this time. He mentions her in his online bio. She’s all over his Facebook page. He had pointed to my wedding band that night and forced me fess up, but he’d taken his own ring off and hid it.

I picture myself standing in a towel in front of my bathroom mirror, my hair wet and heavy against my back, as I sip coffee.

Adrea Arnold is a Los Angeles-based writer whose fiction has been published in The Nervous Breakdown, The Conium Review, and elsewhere. Her nonfiction has appeared in several places including Electric Literature, The Rumpus, and The Nervous Breakdown. She holds an MFA from USC. She is now at work on her novel. For more about Andrea, visit her website and follow her @drearnold 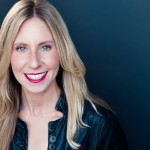