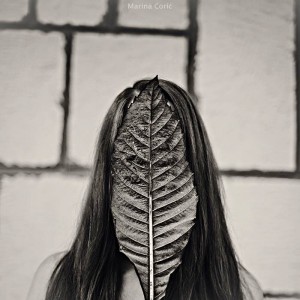 dread and endurance, deepening in intensity with each

new phrase. down into the core. And, for just a few beats,

somewhere near the end, I see a ballerina, not leaping,

but, with her shoulders wide, striding, step by measured

step, as all of us must, to the executioner.

At the Museum of Fine Art, the glazed terra cotta della

Robbia Mary holds her baby son with one large hand around

his waist and the other over the top of his skull, gripping,

with a raw ache, his hair through her fingers, holding for

dear life, and, for a glimmer, I see the boy’s head move

to touch his forehead, as if to kiss away what is to come

for her and for him after they return to their pose.

Over my head, the electricity of eight younger bodies

sharp-moved mother arranges the line of food and dishes

hot dogs, and I am on a blanket, twelve years old, looking deep

and finding, for the briefest moment, a hint of redemption.

The management said to tell the story of my life with

a few gestures, like curling into the fetal position and

pointing to the lost hope and moving my right thumb

across the throat under my innocent chin. Amen.

Patrick T. Reardon is the author of eight books, including Requiem for David, a poetry collection from Silver Birch Press, and Faith Stripped to Its Essence, a literary-religious analysist of Shusaku Endo’s novel Silence. His poems have been nominated for a Pushcart Prize in 2016 and 2017. Reardon worked for 32 years as a reporter with the Chicago Tribune, specializing in urban affairs, and is now writing a book about the impact of the elevated railroad Loop on the stability and development of Chicago. His Pump Don’t Work blog can be found at http://www.patricktreardon.com/blog/. 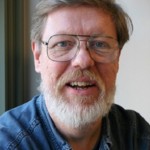