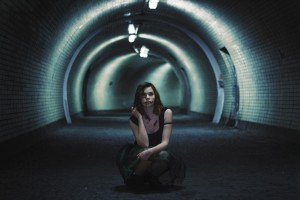 Cutting the body open, that had been her mistake, though it was only a large mistake in a series of smaller mistakes that had stemmed from an online dating site. In Kimberly’s experience, most, if not all, incidents in life stemmed from online dating.

She loved him immediately. She had to love him immediately. In online dating there was no incubation period, no series of small hand holdings, no dancing near each other and then next to each other, no build-up of coffee, then dinner, then sex, and no conversation of “Oh, but we’ve known each other forever.” In online dating, daters went in with the expectation that maybe they would love each other forever and get married and have children, which was a lot of pressure for people who had never really seen each other before. But they knew going in, knew from a series of questions and polls, buttons clicked, that they had the same goals and desires. They wanted the same number of children and they wanted to have sex the same amount per week and that was more than most people knew about anyone around them, more than they knew about anyone that they met casually at a party or through work.

They met at a bar. All she knew was that he was a white person with brown hair. With the exception of one date, every man she had met online had been a white person with brown hair. It was easy for her to imagine loving such a ubiquitous face. He would be wearing a gray t-shirt, he had texted her earlier. It had been a few days since he’d shaved his face and he had some stubble. He would be drinking a beer. “I will be wearing a red ribbon in my hair,” she texted back. “So you know it’s me.”

Kimberly had meant to get to the bar first. Strategically place herself in a booth with a drink in a martini glass. Something delicate but lethal. She had, after all, listed fancy cocktails on her profile as one of her interests. But she was running late, her eyeliner smudged, and she struggled to find a parking spot near the bar and thus parked several blocks away. She had forgotten, it turned out, to wear the red ribbon. It didn’t matter. He recognized her anyway, his neck craned toward the door with longing.

She knew that she loved him around an hour and fifteen minutes into that first date. This was not as romantic as saying love at first sight, so she said love at first sight even though there was some breathing room between sight and love. They were talking about their favorite foods when she felt the confirmation of feelings. They both loved pasta and cheese and pizza. They loved it when restaurants had a bread basket. Peaches were their favorite food to eat in the summertime. Kimberly had never understood the insides of a man the way that she understood this man’s insides.

The man had a steady job at a corporation in the city. There was room for advancement. He rented his own apartment. There was art hanging on the walls. The man was like an actualized version of what a man should be. On weekend nights, after they went out to dinner somewhere ethnic and affordable, they would curl up on his couch together. “This is perfect,” she said. That was a lie. It wasn’t perfect at all.

The man refused to turn on the heat, even in the middle of winter. Because he was a practical man, because he wanted to save money, because he wanted to plan for their lives together, he refused to turn up the thermostat. Kimberly would walk into his apartment and exclaim, “Cold!” and he would laugh as though coldness were not a real symptom of misery. Kimberly would suggest spending the night at her apartment and the man would always decline, saying, “Maybe another night” or “I need to get up early in the morning and it would be better for me to stay here,” though Kimberly also needed to get up early in the morning and spent the night shivering in his cold apartment.

Despite this, she still loved him and when he came down with seasonal influenza she brought homemade chicken noodle soup to his house and curled up next to his aching, sick body, which radiated a glowing heat. The man expressed some desire to be “left alone” claiming that he was “not in the mood to cuddle,” but oh how Kimberly enjoyed that feverish body like a human sized heating pad.

She was relieved when he was no longer sick and they could resume their normal activities of going out to dinner and the occasional movie, though she missed that other body, so she stopped washing her hands and started deliberately rubbing herself in all sorts of things hoping that he would catch some germs that caused his body to broil. It surprised her how resilient the human body was, how little he wanted to get sick, though he did develop a persistent stuffy nose that leaked down into his throat that caused a cough that led to bronchitis and kept them both up at night.

Dirty bathrooms were not enough for the type of warmth that she wanted from this man and so she took to the internet and started bidding on a variety of sweets that had been licked by small children with lethal viruses. Such sickness didn’t come cheap. Kimberly had to sacrifice her vacation fund and part of her savings, but she wouldn’t need a vacation when her man radiated warmth like the sun. They could take a staycation where she wrapped herself around his body and spoon-fed him chicken soup and their couch could be like a sandy beach and the shower like an ocean.

Because the man was the picture of health, he did not purchase candy for himself and instead only consumed sugar when the sugary items were placed in front of him. Though it would seem that this implied a great strength of willpower, it actually was the opposite, as the man was incapable of resisting any sort of candy product once it had entered his home and he had only learned not to buy any after consuming an entire bag of organic malted milk balls in a single sitting and then spending the rest of the evening throwing up those malted milk balls in the toilet. Thus all Kimberly had to do was place the soiled sweets at strategic locations around the house and the man would put them in his mouth. He put them in his mouth without thinking or asking, he put them in his mouth like it was necessary to his survival. It hurt Kimberly’s feeling a little that he never thought to offer her any or to ask her permission to eat all her candy, but at that point she knew that she was asking for too much.

The body can incubate an illness for several days without any sign of illness. Kimberly rubbed herself all over the man’s body looking for signs of fever or contamination. The man, in return, was excited by how much she wanted to touch him and they had one of their most passionate love making sessions yet. Perhaps sex would’ve been the more rational route to making their love warm.

When the sickness came it came with a headache and a cough, a full body soreness that kept the man in bed with the exception of short bursts of nausea during which the man would flee to the bathroom only to have nothing come out. Kimberly tried to get close to the man, to throw her arms over his sweaty chest, to touch her cool palm to his forehead, but he told her no, he was too sick, he didn’t want her to touch him when he felt like that and she lamented giving him such a virulent virus and vowed that the next time, the next time she made him sick like that, she would make him less sick so that his only symptom would be a pleasant warmth throughout the body.

It was unexpected when she returned home from work with a bagful of herbal Chinese flu remedies and cans of chicken soup that she found his body cold. She didn’t even notice at first, peering into the room to smile at him before unpacking the groceries in the kitchen. It was only when she tried to get him to swallow several of the flu remedy tablets that she realized that he couldn’t swallow or speak or move at all because he had passed away while she was at work. She had only been gone for eight hours and yet already his body was cold and she was sad, so sad, that she had missed his ultimate peak of warmth and that’s when she decided to take the butcher’s knife and slice his body open and crawl inside. She couldn’t even full encapsulate herself in the body because his ribcage was in the way and she didn’t have enough strength to break all those bones and thus she lay on top of the corpse and cried and cried, because he was already so cold, and already so distant from the man who had once loved her.

His laptop was next to him when he died. Kimberly wiped away the organ juice from where it had leaked from his body and onto the keyboard. The warranty would never cover such a smudge, she knew. It was then she discovered that while the man was feverish, while he was too sick to move or cuddle that he had been talking to other girls on the online dating website. She had always assumed that he had rendered his account inactive as she had rendered her account inactive because they were in love, because it was possible that they were going to get married and raise two to three children together and get a large-breed dog. Instead, the whole time he had been talking to other potential women and there was no denying that it was a scandalous thing, men do not talk to women on online dating sites without wanting something. She left the man’s body there, the hole in his chest leaking all over everything. Kimberly went home and reactivated her online dating site account. “Must be warm,” she added to a list of requirements for her future man.

Tasha Coryell is an MFA Candidate at the University of Alabama where she is working on a novel about murderous sorority girls. Her work has been featured in [PANK], The Collagist, Word Riot and other journals. You can find Tasha tweeting under @tashaaaaaaa and more work from her at tashacoryell.com 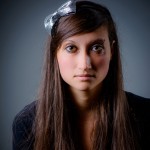