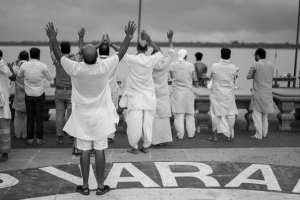 “It was something about the levels and demands of the sport we had seen -as if the baseball itself had somehow surpassed the players and the results. It was the baseball that won.” -Roger Angell

I am a great baseball fan. Since I was a boy, I have staged games, riveting fantasy contests to pass the time and stifle my boredom. I formed this habit riding in the backseat of the family Oldsmobile during long summer car trips, hours spent crawling along the highway to visit relatives. The journey was always hot and slow. I recall t-shirts stuck to my back, shorts bunched in my crotch, the cracked vinyl seats impressing deep, red grooves into my thighs.

The trip was grinding but it did have a rhythm, almost like a drill. That coordinated chaos of old roads, toll plazas, and New Jersey drivers produced a series of starts and stops, slowdowns and speedups that resembled calisthenics. The car would halt and I would torque my body to remove a kink, maybe bend back my arm behind my head and pop a joint. The car would again accelerate and wind would come in from my window like a cool drink. My relief was never more than temporary.

It was a feeling of being caged which led me toward organizing my first mental ball games. I would lie back, close my eyes, then concentrate on what the road felt like. I imagined I was standing on first, ready to swipe a base once I received the signal. The tires were my toes and arches, the road my base path.

Every change in motion was a challenge to deepen my concentration, to dig into the mental game. I had a vision, quite clear, of a set of disembodied legs, floating ankles, dashing cleats which clicked like castanets in a jumpy two-step. I thought of my favorite players, past and present: Lou Brock, Tim Raines, Vince Coleman, and Ricky Henderson making a break for it. This was my first baseball vision.

Before long, I was assembling teams to pit against each other in exhibitions. Fun as this was, I quickly grew bored of it because, frankly, the games were too cheery. And trapped as I was, cheery struck me as pointless. I craved a suffering contest.

By a stroke of genius, I made the perfect matchup. I would pit my extended family against itself.  My father’s relations would be the Christian team and they’d face off against the Jews, my mother’s kin. It was delicious.

I enjoyed this so much I have now been at it for thirty years. I relish my Gentiles-vs-Jews series. The game’s asperity ebbs and flows responding to external stimuli, everything from the state of the family to the condition of the country. It is a game of Republicans and Democrats, capitalists and socialists, Christian Zionists and internationalists. And I have never been impartial: my Jews always enjoy a home-field advantage. Every date is played on their turf, a homely little ballpark I had built down by the coast. It is housed in my mother’s hometown, a half-filled locale that has bled residents since its mills closed. It’s a place where people say what they mean and Semites know the breaks. I named the park for Moe Berg, that ballplayer-turned-spy who gathered intelligence on anti-Nazi resistance for the U.S. Government during World War Two.

Moe Berg Park is distinguished by its frame. Take the outfield. Right field surrenders itself flush at a factory wall. Center starts where Right ends; it’s a chain-link fence that dumps out onto deserted Main Street. Left is just Center’s flailing limb. The park has no seats, just two benches for the opposing teams. There are no spectators, only players, umpires, fish flies, t-storms, and the stink: a melange of sweat, dust, low tide and pastrami. Moe Berg Park makes no concessions.

My fantasy series has taken on a religious intensity. Since the games are played without trophies and free of pay, the players have had to invent reasons to compete. And that reason is to deny that there should be a hyphen in the term “Judeo-Christian.”

In the very first game, my sister, who is a Jew and a ferocious competitor steamrolled my father’s brother, the Gentile’s catcher. Coming in to score from second on a bloop single to win the game, she mashed him like a midge beneath her fist. A self-styled man’s man, he has never conceded. Not one to suffer in silence, he litters every game with endless reports on George Soros, women in sports, and Zion’s protocols.

The Gentiles have other grievances. They believe the stadium ownership is cheap for not providing food, booze, or accommodations. There is no liquor, none whatsoever save for high holidays when elders gather to drink Schnapps. But high holidays are not game days, so there is no refreshment for goyim. And if that weren’t bad enough, my father’s family blames him for their misery. If he hadn’t married my mother, then this stupid series wouldn’t be played and they never would have had to spend time in the hated East.

My father, for his part, does not play. He is the self-appointed scorekeeper. A Kabbalist, a wizard with numbers, he is fluent in baseball numerology. In addition to shouting out 6-4-3! after a double play, he ends each game by counting digits and calculating that should both teams combine for 376 in total hits, runs, batsmen and defense, then this series can finally end. On that day the Mashiac will come and play will be indefinitely postponed. 376 is, after all, the numerical value of Shalom, the Hebrew word for peace.

My mother also elects not to play. Instead, she offers her services as the physician on-site, treating wounds and sprains, working to assuage mental pains. These services aside, she has not won any allies. The Jews whisper how she has “turned her back” on her past by marrying outside the faith. The Gentiles, for their part, whisper that she cachets the best medicines for her “tribe.”

As for me, I umpire. I work to keep the games honest and clean, free of the hocus-pocus associated with exercises in religion. Baseball rules make clear that any and all miracles are equivocal, left to the fans to decipher. Nothing unseen counts. And of course, Nice guys finish last which is why baseball and religion are cousins.

When the Gentiles bat, the Jews brand them as a band of Cossacks, marauders who deserve no quarter. They start every game to the chant of “Never forget” which, they insist, limbers up Semitic reflexes. It is a litany to hone wits, loosen tongues, whet strategic minds. The Jews thrive as a single body, a coordinated hive. From the moment the pitcher releases the ball, to its thumping in the mitt, to its lassoing of the air between second and short, they dip, dive, and come up smudged but never is a player besmirched. Making plays, offering prayers, this is the Big Jewish Machine at work.

The Gentiles, hardly less mouthy, like to stop before home plate and kibbitz with God. They signal the sky. They praise His name. They draw trinities in the dirt. They are certain that He will deliver. My aunt, my father’s younger sister caused a recent row when she referred to the man upstairs as Hashem. This brought a duster down from the mound. Brushing herself off, my aunt told the pitcher how she loves him, is praying for him, awaits his conversion at Revelation. The entire Gentile bench intoned Amen which is when I intervened, suspending play temporarily.

Everything I know about baseball is that the game means a ball-in-play. Rules dictate. No rivalry, however antique, can intercede. Emotion, tradition, those are things players have to manage; they can’t let their reflexes desert them in a fit of pique. Commentary and analysis are, in the end, just distracting talk from the back seat.

Which is why I am intrigued by my father’s proposition that baseball might possess the quotient of peace. Of course, you have to be willing to entertain that numbers have the power he ascribes to them. Perhaps, if you are not spiritually-inclined, you might be persuaded if we call it Sabermetrics. In other words, if you are a true fan and therefore believe in stats, you might settle on the chance of a perfect sum.

Jeremy Nathan Marks is based in London, Ontario. Recent poetry, prose, and photography can be found in places like Unlikely Stories, MoshLit, 365 Tomorrows, Microfiction Mondays, Former People, Bewildering Stories, Ottawa Arts Review, Writers Resist, Poets Reading the News, Stories of the Nature of Cities, Lethe Magazine, Eunoia Revew, Poetry Pacific, As It Ought To Be, and Bewildering Stories. He is currently working on a Detroit story cycle. 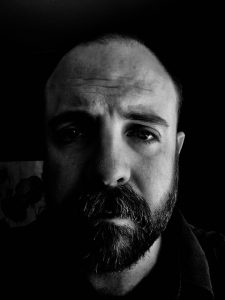