Everything That is Impossible by Michael Keefe 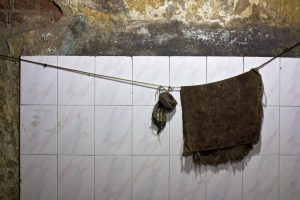 I no longer recall the reason for my arrest, nor what crime I actually committed. It doesn’t matter now. Here I am, all the same. Unremembered, yet still embodied. My swollen joints ache beyond their years. My vision is clouded. My guts are withered like jerky. In summer, my jail cell swelters. In dank winter, ice covers the stones that surround me.

Twice a day, my jailers slide a tray of bread and water through the slot in the metal door. Throughout the remaining hours, I sit on the edge of a hard straw mattress, stricken by the ravings of the inmate from the other side of the wall.

The reason for his arrest? Possession of knowledge. And what did they accuse him of knowing? Everything that is impossible.

Having now endured so many of his absurd proclamations, I would have convicted him, too. For once, justice prevailed.

The first impossibility he told me? His name. “I don’t have a name,” he murmured into the night. And: “However you pronounce my name, it sounds like the bellows of the moon.”

Ever since, I’ve thought of him as Moon Man.

How do I think of myself? As a ghost bound by flesh. After all, in the world outside, I no longer exist. If my old friends and neighbors consider me at all, they picture a younger man. Soft, inchoate, not yet scraped away by time. That man was quick-witted and had a full smile. He repaired electronics for a living. Then he vanished, as people do. Snatched beneath a black hood, like a butterfly caught in a net. Tossed into the back of a truck. Hope seared from my eyes by the lamp of my interrogator.

Now, even that mealy-mouthed bastard has forsaken me. Why give up so soon? I still have six fingernails and seventeen teeth not yet extracted. There are regions of my back not yet burned by cigarettes. Did my interrogator lose his pliers? Has he quit smoking? Early retirement, maybe? No, I’m guessing the poor son-of-a-bitch went insane. You see, my interrogator was Moon Man’s interrogator, too.

By now, my body has learned how to interrogate itself: the knifing of nerves, the torquing of muscles, air clawing at my lungs, bright hot shots behind my eyes. “I’ll tell you anything you want to know,” I say to no one.

In reply––or, more likely, apropos of nothing––the words of Moon Man seep through the jailhouse wall. “The universe is infinitely full,” he says. And: “All of Creation can fit on the head of a pin.”

Is this true? Untrue? Both at once? I wouldn’t know. It’s been ages since I last beheld the sky at night. And God’s predilections no longer concern me. Wherever He wants to leave the firmament, that’s entirely up to Him. 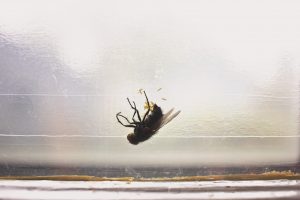 Perhaps my friend the mouse better understands the workings of the cosmos.

Did I forget to mention him? A little brown field mouse, he drops by to nibble on a crumb or two. When Moon Man speaks, his ears perk up and his pink nose twitches. I imagine his little mouse-head overflowing with impossibilities. Then he scurries up a rusty pipe and disappears through a crack in the wall.

“I was never born,” Moon Man says to me. And: “I fell inside the void of death, and here I live.”

Now I have to wonder whether Moon Man might be slipping. I detect none of his usual contradictions. On the day my jailers locked me away, I also became unborn. And yet I am alive.

Well, no one has pronounced me dead, anyway.

Who else has forgotten me? My wife, God willing. By remembering those we’ve lost––that is how we suffer. I’ve devoted entire days to forgetting who I was before. That man had a marriage, a home, a child. He and I, we’re not the same person. The man trapped in this jail cell is a skeleton wrapped in papery skin. Pathetic. A human wreck. Who would have married such a man? No one. Therefore, I’ve never had a wife, and I’ve never caused my wife to suffer.

See? Now I’ve begun to think in impossible terms. The essence of Moon Man has leaked into my skull.

Or perhaps my own essence has begun to slip away. Yes, I can feel it now. The slow unraveling of self, nearing its end. The jailhouse air weighs less heavily on my bones. My eyesight is growing sharper. That twisty old ache is easing from my guts, and my joints no longer spark with pain. I feel myself lifting––light into nothing, light into everything.

His most impossible statement yet.

I’m sitting on a high perch, four paws clinging to the elbow joint of a lead pipe. On the straw mattress below sits a human husk, his clouded eyes gone dark. I twitch my nose. Only the sad odor of old sweat and piss remains.

When I twitch my nose again, the sweet scent of the outside world calls to me. I scale the pipe and squeeze through its corona of crumbled mortar. Between the walls, I follow the plumbing’s twists and turns. It guides me through the prison, like Ariadne’s thread through the labyrinth of the Minotaur.

No, it’s only men who cling to myths. I’m just a mouse. I believe in breadcrumbs, and the field of wild grasses where I make my home.

There, up ahead, through that jagged crevice in the prison wall––can you see it? That spray of gold is daylight. Its beauty shoots a tingle through me, nose to tail. When did I last know freedom? Was it just this morning? I could swear that it’s been years.

Michael Keefe is the Events Coordinator and Publicist at Annie Bloom’s Books, an independent bookstore in Portland, Oregon. His short fiction has been published in Tahoma Literary Review, Apt, Thin Air Magazine, and other journals.A former music critic, he has written for PopMatters, Sound-on-Sound, About, and others. He plays guitar and sings in local band Budget Airlines. 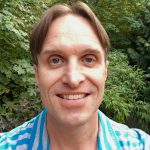