Dumbo and Me by Brett Riley

On Pinterest, I found a poster for the Walt Disney animated film, Dumbo. I hadn’t seen the movie in years, but I couldn’t stop thinking about that one-sheet and how I live in Donald Trump’s America.

The movie tells an all-too-common tale—the miserable outcast who finds acceptance. This arc is not exclusively American, but given the Exceptionalist myth so many of us accept and perpetuate—from colonial figures like John Winthrop to the white, straight, rich, able-bodied, allegedly Christian male conservatives entrenched in the Twenty-First Century’s political machine—it seems especially necessary and tragic here. It spotlights the chasm separating what we are from what we claim to be.

You know the plot. Mrs. Jumbo, a circus elephant crammed into undersized cages or train cars, has a baby. The other female elephants—some voiced like snobby aristocrats, others as cruder middle-class gossips—coo and preen over him until he reveals his mutation: two parachute-sized ears. Seeing this physical “deformity,” the lady pachyderms reject him. He looks weird. He does not conform; therefore, he does not belong. They do not consider, or do not care, that he cannot control his appearance. They do not care that their own haughty, exclusionary, bigoted attitudes are far uglier than any ears. They do not care that the ears are not, in fact, ugly. For these elephants, difference represents an Other to isolate, attack, exile.

It doesn’t take a cultural scholar to see how their reactions relate to inescapable attitudes in world cultures about the Other—the foreigner, the LGBTQ person, the woman, the poor, the adherent of a minority religion, the disabled, the person of color. “If you are not exactly like me,” these elephants (and those real-world people) say, “you must be destroyed.”

As a representation of parenthood to which we should all aspire, Mrs. Jumbo loves her baby with all the brilliant ferocity of what Emily Rapp Black calls the “dragon mother.” When the ugly-on-the-inside elephants reject the baby, Mrs. Jumbo rejects them. But she endures a great physical, emotional, and social cost. Using a typical tactic of dominant classes, the elephants strike back by isolating Mrs. Jumbo—Other by association—and using language as a cudgel. Much like the dominant culture in America has used racial, sexual, ethnic, ableist, and gendered slurs to batter and control marginalized peoples, the elephant clique renames baby Jumbo. They attack his still-fragile and formative intellect by linking his Othered physicality to mental capabilities.

They call him Dumbo.

If you’ve ever had your personhood, your nature, reduced to a hateful nickname or slur, you know how that feels. Faggot. Queer. Nigger. Spic. Kike. Whore. Terrorist. Geek. Four-eyes. Gimp. Retard. On and on and on. We have created hundreds of words with which to assault each other.

Later, when the insensitive circus crowd yanks on Dumbo’s ears, Mrs. Jumbo spanks the main offender—not the most progressive solution, but certainly common when this film was released. Her handlers corner and chain her. They imprison her in a dark cell with barred windows and a sign reading “mad elephant.” Mrs. Jumbo has become “the madwoman in the attic,” locked away, shamed. Her momentary outburst, in which she meets the crowd’s physical violation of her son with physical resistance, results in her isolation and Dumbo’s marginalization, the elephant clique’s actions writ large.

This leads to one of the saddest, most empathetic scenes in all cinema, wherein Dumbo and his friend, Timothy Q. Mouse, visit Mrs. Jumbo’s cell. Set to a lullaby extolling a mother’s love for her baby, the scene (which you can watch here) represents the mother’s ecstatic realization that her son is safe; the power of their bond, as their trunks intertwine; the son’s anguish and helplessness and loneliness, symbolized in two tears that well in his eyes and a longing expression fit to break your heart; the mother’s love and tenderness as she dries those tears and rocks Dumbo, using her trunk like a swing; and their lingering touch as Dumbo leaves, the tips of their trunks grasping like hands.

What would it be like to know that kind of love? That kind of parenting? That kind of bond? Being loved not only despite our difference, but because of it? Knowing someone will fight the world for our right to exist as our true selves, rather than demanding we change to fit the world’s preconceptions of whom we should be?

Much of what draws me to Dumbo can be expressed in these terms. I know what it is like to be outcast. I know how it feels to be vulnerable, to long for protection without condition or judgment. I know the consequences of someone else’s silence. So many of us live that life.

Of course, in this traditionally animated Disney film, everything turns out well. Dumbo discovers that his ears, the impetus and the symbol of his marginalization, are also his gift—that, to paraphrase Adrienne Rich, his wounds come from the same source as his power.

The narrative vehicles with which he learns this lesson appear in some of the film’s more problematic sequences. Some conservative viewers question the scene in which Dumbo and Timothy accidentally drink water spiked with alcohol. This kind of scene is hardly unprecedented in animation. You can find several analogues in Warner Brothers cartoons, Tom and Jerry, and more. Still, like smoking, even accidental ingestion of mind-altering substances in cartoons has not aged well. Contemporary screenings of cartoons sometimes cut out those scenes entirely, but in Dumbo, that is impossible, as it leads directly to the “Pink Elephants on Parade” sequence, in which a neon nightmare herd marches about, the titular song growing more ominous as the images warp and distort. My own experience with altered consciousness suggests a closer connection between “Pink Elephants” and a bad acid trip than a one-night alcohol bender, but for me, as a child, the substance was never the issue. Instead, I found the fall into nightmare and the loss of control much more disturbing, especially given how Dumbo’s life has already spiraled so far out of true.

Once Dumbo and Timothy wake, high in a tree, we meet another problematic element of the film—the crows. With their jovial-in-all-weathers personalities, their be-bop mismatched clothes, and their nonstandard patois—and, yes, the more obvious fact of their coloration—many viewers have read these crows as stereotypical representations of rural African-Americans. “I be done seen ‘bout everything” reflects bourgeois white conceptions of a generalized rural black vernacular. That such representations are presented uncritically is both a marker of the period’s sociopolitics and an indication that even children’s cinema was not exempt.

Some viewers might argue that the crows are nevertheless an ultimately positive force. The birds recognize that Dumbo could have gotten into the tree only by flying and that his shattered self-image will prohibit him from reaching his true potential. One of them uses “chology—you know, psychology” to invent the “magic feather” and to imbue it with totemic power. If Dumbo clutches the feather, says this crow, he can fly. Armed with this new “power,” Dumbo takes to the air, revealing his ears as aerodynamic, wing-like structures. Whether he can truly fly or only glide from high places is often unclear, but with the crows’ help, he turns his wound into power and freedom.

Other viewers might posit that the crows’ positive contributions to Dumbo’s arc mark them as animal versions of the Magical Negro. Given that their appearance is limited to the moments when they help Dumbo discover the power of flight, such a reading has merit.

We can acknowledge these and other problems without dismissing the movie entirely, though, and whatever else it might be, Dumbo is about self-acceptance. Losing the magic feather during a potentially fatal high-dive act, Dumbo, thanks to Timothy, understands that he could always fly, that the feather was a sham, that what nearly destroyed his life is also an inextricable part of his identity—what, in fact, makes him uniquely himself, an elephant unlike any other on Earth. Armed with this knowledge, Dumbo soars. The crowd gasps. The other circus performers stand amazed.

Dumbo comes out and finds acceptance.

Because the film is a mid-Twentieth-Century fairy tale, Dumbo lives happily ever after. Still stuck in the circus, caged, at the mercy of his human masters, he nevertheless enjoys the rewards of celebrity, including a reunion with his beloved mother. All is as well as it can be for an animal living in the human world.

If we view Dumbo as, on one level, a coming-out fairy tale, we must acknowledge his support system—the mother who always loves him, the friend who sticks with him when he is shunned, even the helpful strangers he meets along the way. For many of us, the lack of a support system dooms us. Cast into the street to beg or steal, sleeping on friends’ couches or in doorways, beaten, hated—so many of us mutants never fly.

But happy endings are still possible. Somewhere in the world, somewhen on time’s long road, lies the community that will not only accept but also value us, and the people who will embrace our so-called flaws, loving us until those parts of ourselves shine like the jewels they always were, and the places in which we finally, gloriously know we belong.

The trick is living through the pain until we find those places, those people, even when no one can reach through the cell bars and dry the tears welling from our broken hearts. Perhaps one way to endure is to know, like Dumbo, that what we so desperately need travels with us all along—our own bright and shining selves.

Brett Riley is the Pushcart-nominated author of The Subtle Dance of Impulse and Light (Ink Brush Press) . His short fiction has appeared in journals such as The Baltimore Review, Solstice, Folio, The Evansville Review, and many others. His nonfiction has appeared in Role Reboot, Rougarou,Green Hills Literary Lantern, Wild Violet, and Foliate Oak Magazine. He lives in Henderson, Nevada. 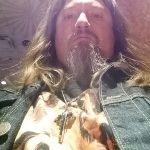