Daisy May in the Driveway by Cameron Mitchell 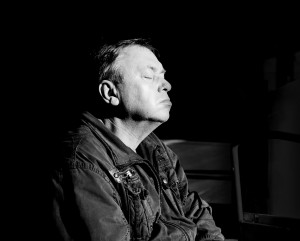 Nobody knew what Daisy May was doing parked in the driveway, sitting perfectly still, her hands gripping the wheel as she stared straight ahead, not looking at our house but just beyond it, to the backyard, the pasture, and the dark woods in the distance.

“Now, don’t do that,” Daddy told her. “She’ll get bored before long. No use in making a scene.”

I knew things, much more than my parents wanted me to know. I listened and got real good at reading the signs. When Daddy had admitted what he’d done, it’s not the yelling and fighting that told me what I needed to know. The next day, I woke up to find him sleeping on the couch and Mother sitting on the edge of their bed, burying her face in both hands. I asked what was wrong, and the look she gave me is one I’ll never forget. She always thought she was protecting me when she put on her happy face, telling me not to worry. But not that morning. Startled, she jerked her head up and covered her mouth with one hand like she’d seen a ghost. There were no tears, but her eyes glimmered with dampness as they darted back and forth, finally setting their gaze off to the side, unable to look at me a second longer. I could tell something was wrong, and, for once, she didn’t have the energy or will to pretend otherwise.

My dad was a drinker, wont to violent outbursts, but this thing he’d done hurt my mother more than anything else. After the yelling, after the tears that did eventually come, they reached a truce, I guess, for my father returned to his place beside her in bed. From then on, they didn’t dare utter that woman’s name, which told me all I needed to know about Daisy May and the weight of her influence in our house.

Daisy May – my father’s distant cousin, a woman he’d known his entire life. And there she was, a year after all the trouble she’d caused, parked in our driveway.

“Who does that slut think she is anyway?” my sister asked, sitting at the kitchen table with the baby on her lap.

“What? Somebody should kick her ass.”

My sister turned her attention back to the baby, bouncing it up and down on one knee. She was more than willing to say all the things my mother refused to say. She also had a lot of free time on her hands since moving back in with us, baby in tow. She was barely eighteen but married to the boy who’d knocked her up – the same boy who’d recently gone to jail for writing bad checks. They’d been staying with his mother out in the boonies, but she decided to come back home while he served his sentence. She stayed in her old bedroom, which hadn’t been touched since she left. Daddy helped her set the crib up right beside her bed.

I got up on the couch in the living room to peek out the window. Daisy May hadn’t budged, though her hands were no longer gripping the steering wheel. Mother called out my name, telling me to get away from the window. She rushed over, quickly pulling the curtains shut. I slumped down into the couch, wondering what would happen next.

“This is your fault,” my mother said, pushing past my father on her way down the hall to their bedroom. He quickly followed, pulling the door shut behind him. Though their voices were muffled, I could hear them arguing back and forth. If it was over anything else, they wouldn’t bother trying to hide it. But this was about that woman. They didn’t want me knowing the details.

I sat up again, peeking through the curtains at Daisy May. I’d had about enough of her. I was the smart one, I was the brave one – my parents always said I was going to grow up to be somebody. So it was up to me to do something. Turning around, I saw my sister in the kitchen, still busy with the baby. The couch squeaked as I slid off, but she didn’t seem to notice. With my little cat feet, I crept over to the door and twisted the knob, careful not to make a sound. I pulled the door open very slowly, pausing long enough to make sure my sister didn’t notice – when the baby cooed and she made some cutesy noise back at it, I figured this was my best chance. I squeezed out the door, quietly pulling it shut behind me. Once outside on the porch, I didn’t have to worry about anyone inside hearing me.

I marched over to her car, staring Daisy May right in the face. Her greasy, bleach blonde curls hung down, limp as wet noodles. She looked guilty, like I’d caught her doing something she shouldn’t, which, in a sense, I had. She turned away from me for a moment, reaching over to the passenger seat like she was hiding something. The bitch, I thought. She’s brought a present for my daddy.

“I – I just come to see your dad,” she said, her words slow and unsteady like she was having a hard time stringing them together. “And maybe – maybe your momma too.”

“Nobody wants you here,” I said, balling my fists up, trying to stay calm. “Just go.” When she didn’t respond, when she didn’t make a single move, I stepped closer. “Go on, get! Get outta here!”

It’s like I was shooing away a stray dog. Her whole face collapsed, her lips trembling like she might start bawling. For a moment, I felt bad, remembering how she used to babysit me years earlier, how she was always so nice to me back then, doting on me like I was her own. But I decided that was weakness. There was no room for sympathy here. I walked to the front of her car and kicked rocks at it from our driveway. “Now get!” I yelled.

Another voice called out, telling me to get back in the house. It was my sister, standing in the open doorway, the baby resting against her shoulder. I walked back to the side of the car, keeping my eyes trained on Daisy May. “Go on honey,” she said. “Listen to your sister.”

“I ain’t your honey!” I told her, unwilling to back off until she was gone. I kept my eyes on her eyes, trying to convey every dark thing I was feeling: Get out you bitch you don’t belong here leave my family alone it’s your fault my momma cries in the kitchen at night.

When she looked away, I knew I’d won. She turned the key and started the car, pulling out of our driveway at last. Only then could I turn around and head back inside.

My parents were none too happy when they found out about my little stunt, but I think they understood. A couple of hours later, when the police car pulled in our driveway, they told me to stay put while they went out to see what the officer wanted. From my perch on the couch, I stared through the window, but I couldn’t tell what they were talking about. Suddenly, my mother twisted around, looking at me through the window. As she ran back inside, I just knew I was in trouble. Right as I was about to apologize for spying on them, she picked me up, pulling me into a hug that just went on and on. “What is it?” I asked, trying to squirm away from her.

She finally let go, setting me down on the couch as she just stared, reaching her hand out to caress my face. “I’m just glad you’re safe,” she said.

Of course I was safe. I wondered what on earth she could be talking about.

Only later did I find out, and only in bits and pieces, mostly from my eavesdropping ways. My father questioned me about what had happened with Daisy May in the driveway, asking me for very specific details about what she’d said, how she acted. There wasn’t much to tell, but I repeated my story again and again. From my sister, I learned that Dad lied to the police, telling them that Daisy May had parked in our driveway for a few minutes before pulling out again, never mentioning the part about me confronting her.

The thing is, before pulling into our driveway, Daisy May had paid her father a visit at the trailer park that was just a mile or so down the road from us. For reasons unknown, she shot him in the head, killing him on the spot. After leaving our driveway, she returned to her father’s trailer but never got out of the car. She put the gun to her temple and pulled the trigger. A neighbor called the police, and they found her dead in the driver’s seat, slumped against the wheel, blood everywhere.

I don’t know how the police found out that she had paid us a visit that day as well. I heard that she was running around her father’s trailer park earlier in the day, totally drunk, talking about my daddy. Going on about how she should shoot him in the face. How he deserved it for what he’d done. She said the same thing about her own daddy. But nobody thought there was anything to worry about. Not until later, when it was too late.

In my house, we never mentioned that woman’s name again, nor did we ever talk about what happened that day. Though left unspoken, it’s a promise we made – one of the few we’ve managed to keep.

Cameron L. Mitchell grew up in the mountains of North Carolina.  His work has appeared in Vol. 1 Brooklyn, Sun Star Review, Oyez Review, The Queer South, Cold Creek Review, Jonathan, and a few other places.  He currently lives in New York City and works in archives at Columbia University’s medical school library.  Follow him on twitter: @CameronLMitchel 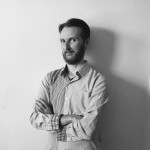