Caught Off Guard by Ben Tanzer 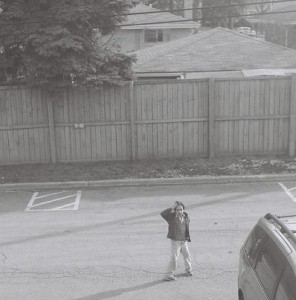 There is a flash of red hair like fire, or cinnamon, and it shakes you out of the world you were completely lost in just moments before.

You are writing, well, you were writing.

It is Sunday morning, the children are asleep, and so this is when it must be done.

It is peaceful, the sunlight forcing its way through the cracks in the blinds, the dust jumping from sunbeam to sunbeam, the occasional car on the streets below, or the flush of a toilet somewhere in the building, the only sounds permeating the otherwise quiet room.

Still, it has to end, it always does. Someone has to wake-up. Lately it has been the little one, the one who sleeps in long T-shirts and tiny briefs, the Angry Birds displayed across his behind.

He is like a donut, his caramel skin so soft to the touch, and you want to consume him, always, and endlessly.

He drifts out into the living room like a small wave, and as he arrives one part of the day ends, and another begins.

Today is different though.

He is wearing pajama bottoms, soft, flannel, some kind of blue and white geometric pattern too complicated to decipher this early in the morning.

And he is wearing pajama bottoms because he is not alone.

She is here, his best friend, and she is trailing behind him, her long red hair catching the morning sun and bursting into flame right before your eyes.

Not that they see you.

They are lost in their own world.

Should we watch Pokemon, she says brushing the hair out of her face as she plops down on the couch in her long pink V-Neck shirt.

Yes, he says smiling that smile that reminds you of your grandmother, would you like some cereal?

He is so polite, so caring, who is this little boy, and what has he done with your baby son?

Even as you lose yourself in their conversation, however, the image of them leaving his room together sticks with you, unwilling to budge, or drift away.

This is different, isn’t it, girls sleeping over with boys? When did that start and why is everyone so cool with it?

Not that you aren’t cool with it, and not that your parents ever had to worry about such a thing, you didn’t even talk to girls until middle school, it was all too scary, weird, and impossible.

But he lives in a different world, one where this happens, and as you lose yourself in this, you can’t help but picture him in college, and later the real world, drifting from his room with a girl in tow, older and independent, in love, or something, and building a life, his own life, and how is that possible?

You stare at them sitting on the couch, smiling at each other, manipulating the remote, so content with this life they have.

You are willing to stare them forever, but he catches you looking and he looks back, bemused, and caught off guard.

You wonder what comes next, but you don’t have to wait long to find out.

Will you get us cereal he says, we’re already sitting.

And with that the day truly begins.

Ben Tanzer is the author of the books My Father’s House, You Can Make Him Like You, Lost in Space, Four Fathers, which he co-authored with Dave Housley, BL Pawelek, and Tom Williams, and Orphans, which won the 24th Annual Midwest Book Award in Fantasy/SciFi/Horror/Paranormal, among others. He also directs Publicity and Content Strategy for Curbside Splendor and can be found online at This Blog Will Change Your Life, the center of his vast, albeit faux, lifestyle empire. 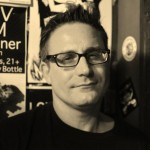