You Can’t See Me by Shannon Barber 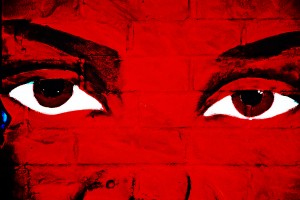 You Can’t See Me

In November of last year the Paris Review posted a poem by Frederick Seidel entitled “The Ballad of Ferguson, Missouri”.  I wrote a furious rejection of their choice in my writing blog and it went viral.

Over 12K views later, many comments both on my blog and directed to me from  forums, poets, on Facebook via both my personal and professional pages I have come to a few conclusions.

The main one is that most of the reactions have missed my point entirely. I could write that off as being a result of me blogging while in an emotionally violated place and pretend that the misunderstanding and frequent misrepresentation of what I said is fine.

I can’t because it is just not.

The problem here is (as so many things in the literary world stem from) is the editorial discretion of choosing a cis White man to be your sole voice about Ferguson.

I care about the fact that at a time with as much turmoil and danger for Black people going on right now the editorial decision was to make this man the voice and the face. It’s not okay.

My problem is that in terms of art and the literary canon, it is and has been cis White Male driven.

So many publications, including the Paris Review have such a position of privilege and power, the opportunity to really take a stand and demonstrate any anti-racist or diversity sentiments has been lost. It has been destroyed.

My problem is not that some dude I don’t care about wrote a poem I don’t care for. It is racial malfeasance in the publishing industry.

My problem is that my words, my point, what I said was regurgitated by White literary bloggers in places like the Huffpo and a few various lit magazines- while skipping lightly over the inherent racism in choosing the Cis White Male voice over any Black poet- and suddenly it all makes sense.

This is not a new experience for me as a writer. When I write with any degree of passion about things that impact my real life, I’m too angry. I’m a racist. I’m bullying people and institutions that have privilegeand power over me and my career.

People come in droves from forums to rail against things I haven’t said.

This is the reality of being an impassioned Black person.

I didn’t pull a Kanye I pulled a Shannon.

I have not once said that Seidel or any other White person can’t write about Ferguson or Michael Brown or anything else.

What I’ve said is, now is not the time for White voices to be the voices. Maybe these conversations don’t particularly need more White voices. It is a time to give up the floor.

What I’m saying is that it is time to make good editorial decisions, it is time to understand that proclaiming oneself to be an ally or that you’re anti-racist is not enough. It takes work.

It takes blood and pain and tears.

It takes profound levels of discomfort.

It takes discipline to learn that that the canon Western Literary voice is not always the voice to be given primacy.

It means doing more than deciding that some not famous Black person needs to sit down and shut up because they have opinions. It means that you have to take some responsibility for how you support and actively benefit from White Supremacy.

I know what you are doing and I see you.

Shannon Barber is an author from Seattle Washington where she lives with her partner and a small collection of oddities. She appears regularly at XOJane and is currently at work on her new book Self Care Like A Boss. Find more info at www.selfcarelikeaboss.com 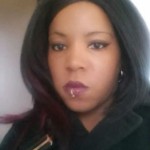