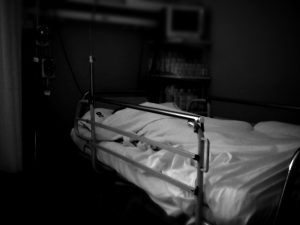 A sleek black Cadillac slithers out from the car park of Asan, Jamsil hospital. A woman is sitting at the front with sunken eyes and a sallow face, her two girls in the back. She is chattering away to the driver through nervous breaths and frazzled speech, thoughts and words ricocheting everywhere.

“Oh my god. She’s so out of it,” the older girl whispers.

The woman’s hair is a mess and she can’t keep her hands still. She keeps on sputtering. The eldest daughter glances at the rear view mirror, notices her mother’s once plump cheeks are now completely reduced.

The Cadillac makes a slow turn towards the parking exit, the mother still rambling on, her eyes darting everywhere.

“She’s so out of it,” the older one repeats.

“Stop saying that about your own mother.”

“She’s revealing too much. She’s telling him everything.”

“Just let her be.” Her younger sister turns away to look outside the tinted window, as if she too, is just about holding her heart in place.

The car is moving very slowly, almost as if to let the three women enjoy this once in a lifetime ride, maybe even deemed a privilege. It was arranged by their father’s company. It made the eldest think of gangster movies, casually driving out after committing a heist, or on the way to meet the “boss.” She knew her father wasn’t a fancy car maniac or anything but she was pretty sure that he was happy to be in a Cadillac right now. It was just a shame he wasn’t behind the wheel. She knew of course, why the car was going so slowly. It was so as to not rock the body in the back.

Jiye Lee was born in Newcastle and spent most of her life in the U.K and Malaysia. After teaching English in South Korea for some time, she is now focusing on writing and currently doing an MA in Creative Writing at Newcastle University. Her poems have been longlisted for the Butchers Dog Magazine and she has also worked as a creative writing mentor for local schools on behalf of the LitandPhil Young Writers Awards. 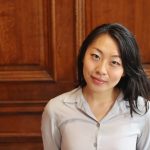