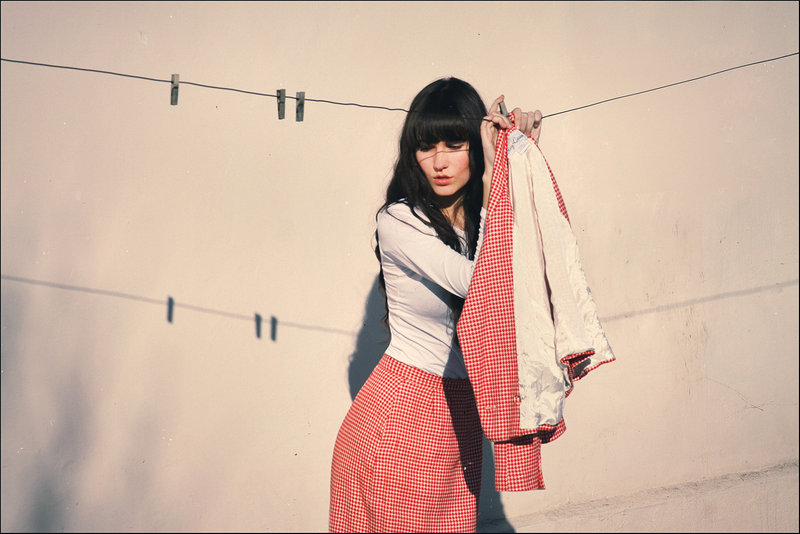 He set the cooler she’d bought for him their first week together on the floor and sat on the edge of the bed. She had packed her bags before, told him she couldn’t share a bed with a man who didn’t acknowledge her presence. But then he had asked her to suck his dick and she did. She stayed. Now she was gone and he knew it was because he hadn’t kissed her that morning before he left for work. He laughed. Ridiculous bitch. So fucking sensitive and histrionic. All those nights she had stomped out of the room in her cowboy boots while he tried to sleep. All those weird silences because he had hurt her in some careless way. “You’re so serious,” he’d told her more than once. He couldn’t understand how she could be so stuck on him after being with him for two months. The sex was good and there had been a few laughs but from the beginning she had scared him with her intensity. She was too fucking much. He sighed and grabbed a beer from the small refrigerator. Maybe she was at the park. He’d told her more than once that he had never been with an overweight woman. She wasn’t overweight but she had a big stomach. She stopped drinking beer and soda, stopped eating donuts and candy, started walking and jogging around the park. “I want a stomach so flat you can balance a shot of tequila on it. I want you to sip tequila from my belly button.” She’d said that just last night before they had sex. She couldn’t be gone. She didn’t have any money. He sipped the beer as he checked the bathroom. No more bubble bath or cotton candy body wash or purple razor or dresses hanging in the closet. No more pink bath robe. She had stood at the door in the pink bath robe that morning as he drove away. He knew she was upset because he didn’t kiss her but she had been sleeping or pretending to sleep with the pillow over her head. She’d done that before and he had kissed her but he didn’t feel like kissing her so he hadn’t and now she was gone and so was the pink bath robe he hated because it reminded him of the goddamn Energizer Bunny.

She was gone and he told himself he was glad. Now he could have some fucking peace and quiet. No more drama. No more bullshit. He put a frozen dinner in the microwave, turned on the television, sat in a chair and drank his beer. The bitch was a writer. The bitch could have left a fucking note. All those stories she had written since they got together. “You’re my muse. You don’t have to love me. Just let me love you and write it all down,” she’d said once. Last night she’d read her latest story to him and it didn’t portray him in the most favorable light. He had talked trash about older women. He had been drunk on tequila but it didn’t matter. She wrote it down, took the goddamn ball and ran with it. He told her not to use his name in any of her stories. She never would. She was good at thinking up names. Now the bitch was gone and there was no letter and there would be no more stories. “You write better than J.D. Salinger but not as well as Hemingway,” he’d told her. She tried to read A Perfect Day For Bananafish to him the night before Easter. He had asked her to please stop. He glanced over his shoulder at his bedside table. The red and blue paperback copy of Nine Stories was still there. He turned off the television, ate his dinner, finished his beer, grabbed the book. He read the goddamn story about Seymour Glass. Once the bitch got off the phone with her mother the story got better. He liked the ending, it hit him in his gut. He put the book down and wondered if she would ever find a man crazy enough to buy her a gun.

Misti Rainwater-Lites is the author of several collections of poetry and fiction. Bullshit Rodeo, a novel, will be available from Epic Rites Press in July 2013. Misti maintains a blog at
http://dondeestaeldiscochupacabra.blogspot.com.