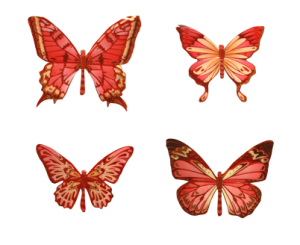 Ally piled the lunch dishes into the rusty drainer, toweled off her hands, and slathered lotion up to her elbows, taking in its clean citrus smell. There was relief in this simple moment, alone in the kitchen, gray afternoon light slanting through the window, the sound of the ocean a quiet drumroll. She and her brother had moved into their grandfather’s isolated old house a few weeks after he died. A good move, Ally thought now. Things were better. Randall was better.

Across the yard, the twisted Monterey pine shook in the wind, reminding her of something her mother had told her on a long-ago visit. “There’s a lesson in that pine,” she’d said, but the girl hadn’t cared about lessons. Not then.

Ally stood quietly behind the screen door, not believing Randall had done what he promised. Her brother sat on the porch glider with Grandpa’s sleeping Labrador in his lap, his thick fingers scratching at yellow fur, head turned toward the distant highway.

The shrink, the money spent on therapy and meds, bringing him up here to be near the ocean, the fresh air, the roar and lap of the sea, maybe her mom had been right.

She wanted to hug him, but he hated to be touched. She walked onto the porch, almost clapping her hands together, and said, “Thank you, Randall. Good for you.”

He responded with a grunt and twisted away. Her stomach sank. Keeping an eye on her brother, she reached to pat the lab’s furry head. The dog didn’t stir. Leaning down, she whispered, “Amber?” Touched the animal’s back and felt stillness, then slipped her trembling hand to its chest to find no heartbeat.

“What did you do, Randall?” Her voice was thready. He never meant to hurt anyone or anything. His actions sprang from some deep black cavern in his brain, hidden by simplicity and silence. But when the impulse took over there was no stopping it.

He whipped around, his eyes disappearing behind thick skin, his face violet. He shot up, the dog coming off his lap, smacking onto the porch. Ally groaned at the thump. Backing away, she cleared her throat, trying to summon the right combination of conciliation and authority.

But it was too late. He used his hands like clubs, and Ally crossed her arms over her face, covered her head, and turned so he landed a blow on her shoulder. She tumbled to the cement porch, falling on Amber, and the soft give of the dog’s body made her cry out. She rolled away. She knew a kick would be next. She tried to cover her ribs. The heel of his booted foot came down hard on her thigh, and he lost his balance, toppling down the steps, landing on his side on the gravel pathway.

Ally scrambled up, flung open the screen door, and raced into the house, surging forward when she heard Randall roar outside, almost stumbling.

The phone was on the wall in the kitchen. She had to call his psychiatrist, tell him none of this was working, not the treatments, not the meds, and ask him to come out from town and talk Randall down, take him somewhere safe. Until then, she’d have to find a place to hide.

In the fading light, she managed to dial only one digit of his shrink’s number before Randall burst through the kitchen’s swinging door.

“Everything’s going to be okay. I’m calling the doctor, Randy. We can go see him and then get an ice cream—”

Randall grabbed a knife from the dish drainer.

He lunged. As she twisted away, she felt the keen steel run along the back of her upper arm, the warmth of her own blood.

She ducked around him and threw herself from the house, pitching toward the cliff. He would not follow her there. He was afraid of heights.

The bluff, ragged with ice plant and bare rock, offered no lighthouse beam of solace, but Ally stayed there, taking off her t-shirt and twisting it around her bloody arm. She crouched down on unsteady feet. She would have to let the wind take her warmth, steal her gasps until his rage spent itself. Then she would have to face the truth about her brother.

Her knees buckled, crumbling her onto hard, cold stone. She glanced down toward the house, then at the Monterey pine, and there was Randall on the ground beneath the tree, rocking, Amber in his lap, the purpled sky beyond like a bruise.

Gay Degani has had three flash pieces nominated for Pushcart consideration and won the 11th Glass Woman Prize. Pure Slush Books published her collection, Rattle of Want, in 2015 and Every Day Novels serialized her suspense novel, What Came Before in 2014. She blogs at Words in Place. 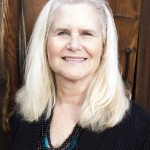