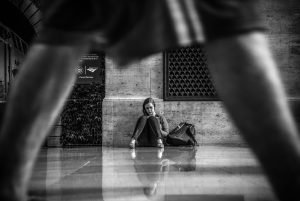 As I have lived in different places and have met so many people with different cultural varieties, I have found life is a strange and sometimes magical journey with unexpected happenings. Life could have happy and sad moments, horrible for some and delightful for others. Everybody has his own journey. It was two months ago when she called me with a quivering voice, “I got a scholarship from a research center in Oslo, Norway. “I was as thrilled as I could not help my tears. She was my lovely hard working cousin who deserves the best in the world. We are living in a part of the Middle East which is in sanction for years. Funding opportunities like this for studying abroad is almost a dream for people like us.  I mean hard working students in middle class families. You know what I mean, money talks now and I know so many people who can immigrate easily to abroad just because they have money. They don’t need any English proficiency or any certificate. It is all about the money.  In the middle class or upper middle class studying up to higher education is very common and they encourage their children to get their doctorate degree. During the war and so many difficulties, studying was our only hobby which we really enjoyed. It is a different culture, I know.

For days my cousin was preparing her stuff as suitcase, clothes and so many other things she needs. She was as excited about her trip as it was her first time to travel to Europe. One day she called me and told she needs brand new boots, because the weather in Oslo is much colder and much snowy. Of course, we live in a cold place near to mountains with a lot of snow in the winter time and get used to it, but Oslo seems chillier. I have to mention that we don’t have any international brands in our country again because of sanctions. Of course there are some shopping centers in large cities which sell so-called brand productions, but we can’t trust them. By the way, we tried some shopping centers trying to find proper boots with good quality and reliable price for her. After about three days searching, a pair of sapphire boots took my attention. They seem nice and almost like a real famous brand in one small shop in the main street in the city center. The price was almost reasonable too. When she asked to try them, shopkeeper hesitates for a moment and then asked “Are you sure you want to try them, we have so many pairs of boots here?” and she nodded her head as she is totally sure about it. When she tried the boots, they seem really fit to her feet and they were really elegant too. But the shopkeeper does not seem so satisfied with it. It was a big question in my mind.

My cousin seems as sure as she was searching her purse in her giant handbag. When she found her credit card to give it to the shopkeeper, he told I have to tell you the truth, as you were not vigilant enough in your shopping. These boots are second hand and not a new brand one. Maybe they used for a year or less. I think the previous owner we so neat. One of my friends brought me from Dubai, if you were careful enough, you had found they are stained shoes and I removed it little bit, but not completely. Well, we were surprised as they have not seemed like the shopkeeper explains. “It does not matter for me, I really like them, and you have to give us a big discount too”. The smile comes back to shopkeeper’ face as he feels kind of relief that we know the truth now and he is not a liar. I was feeling there will be a story behind these boots.

The last time my cousin called me was a day that got her visa from the embassy. Two months after, she called me from Oslo, she seems happy with an exciting voice. She told that the weather is so cold and snow is everywhere.  It’s almost the New Year time over there. I told her “it is good news, so you can finally wear your boots”.  Suddenly her voice tone changed with laughter, “OMG let me tell you what happened to them, you can’t believe, I found the real owner of the boots here”. I was a bit choked, “what do you mean?” and she told the unbelievably hilarious story. These boots were the Christmas gift which belonged to one of my colleagues here. She put them in the Shoe Cabinet near the front door of the house. His father also puts some shoes in the same plastic bag as her boots plastic bag to deliver to the guy who would gather stuff for charity, and her mom misdelivered it to the guy. A few days later my friend finds out it and it was too late because they already distributed the stuff. But how these boots traveled the long journey to Dubai and then our place, I don’t know really. “How did you find out the boots are belonged to your friend, maybe they were just alike,” I asked curiously? They had marks. Her little niece named Nana draws a small flower which called a magic flower and some doodle with black a marker at the bottom part of one of them. Actually, when my colleague saw them at first, she told she had the same as them and she adds with loud laughter that her niece draws a magic flower in one of the pairs, and I just noisily check it and both of us were surprised. It was a magic flower and some doodle on it. “We are living in such a small magic world” I whispered.

Narjes Azimi was born in 1981 during the war in the Middle East. She spent her childhood in wartime as living in the conflict zone deeply affects her writings. She got her BA and MA in English language and Literature. After 2 years of studying a Ph.D. in linguistics, she dropped it for the purpose of writing for those who are involved in a war. She mostly writes in English, although English is her 4th language. The main theme of her stories and poems is war and those suffering from it yet have a dream of peace, especially children who are living in conflict zones and she also has some short stories for children of war and literary essays, along with critical notes on African American Literature. Her poems appeared in Literary Orphans Magazine, and The Wide Shore Magazine, and PAROUSIA Magazine. Recently, her book is available online in Amazone.com titled “Melody of Peace” in which the main theme is peace and its short novel for youngsters. Recently she got her Ph.D. in communication and media studies in Cyprus. Her main interest is Narrative Theory, semiotics of culture, Jungian Archetypal Images, and Lyotard’s metanarrative. 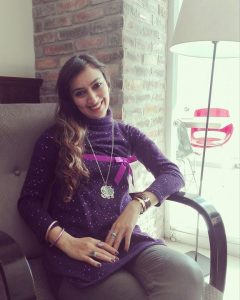