A Blue Moon by Anne Anthony 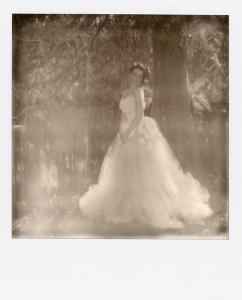 My daughter asks the question again. Third time since the sun started setting. How do I explain a full moon chanting gibberish? I keep telling Danielle I don’t know, almost can’t bring myself to tell her again, but I do. I’m her mother.

“Can’t rightly say, honey, but scientists will figure it out. They always do,” I whisper.

Last summer she shot up four inches taller than me though she’s only ten. We stood back to back to compare our heights before my full-length mirror. She laughed at how much she’d grown before yanking out the purple ribbon holding back her mess of dark curls. One week later, she inspected her brother’s handiwork in that same mirror. Jonas played connect the dots with her freckles crossing the bridge of her nose.

“Looks like an iguana,” she said with good humor.

This moon talks his talk only when its cycle reaches its fullest approach. I dread this night, the second full moon in the same month, and the first blue moon since the start of the chanting. The dog whines with the sun setting over the tall pine tree out back. I crouch to stroke her furry brow that smells of the pine tar now sticking to my fingers.

“What’s he saying, girl? You understand, don’t you?”

I brought her to the vet four times since this craziness started, counted on Dr. Sydney’s sympathetic ear when I asked for tranquilizers. She owns dogs herself and never hesitated to write out the script. I sometimes slip one or two between cubes of ice floating in my glass. I feel calmer when I do.

My daughter wants a mother with all the answers though she rarely listens. I grow hoarse repeating the same fool things: Pick up your dirty laundry. Close your mouth when you chew. Buckle your seatbelt. Wear your life jacket.

I’m not sure what Jonas wants. He stays quiet in his room on these nights. I’m half afraid to open his bedroom door to check on him. My son’s a handful, but I love him to death.

I step out to the back porch into a night prickly with electrical charges that raise fine hairs on my arms. No sign of raccoons or owls or any night creatures whenever the moon trills its high-pitched whine. Last week I found four bats shriveled and dead in the birdbath in my garden. A mosquito toys with my ear. I slap myself twice before swatting it dead.

A match flares in my neighbor’s backyard. The flash lights up Carl’s face.

He stays where he stands, the restraining order forces the distance between us. I turn to go back inside.

Carrying on a conversation with this man is the last thing I want. My nerves are stretched as it is. My mama raised a good girl, polite and kind, but she never met a man like Carl.

“Been better. Look, the kids are waiting.”

He paces on the edge of his property line like a dog restricted by an invisible fence. The tip of his cigarette glows. I take a last look at the rising moon shimmering against the darkening sky. The moon babbles louder and sharper tonight like the raucous gathering of birds before a bad storm.

“I can’t sleep,” a voice says from the shadows. I forget where I am, deep into a dream about bartering my house to end the moon’s chatter. I sit up on the living room sofa where I fell asleep, and my head spins. I drop back against the pillow. Moonlight shines on the bottle of whiskey lying empty on its side. I scoot over for my daughter who lies down in front of me.

“That moon wants something, Mama.”

Danielle’s voice cracks like she’s on the edge of crying. Her hair smells fragrant like the bloom of a rose. I press my face into the thickness of her hair. It takes a full minute before the stench of decay kicks in. I sit up again, and this time, my head doesn’t feel as scrambled. I switch on the lamp beside the sofa. My daughter’s gone.

I stumble down the hallway to her bedroom door, flick on the light and find her room empty. The canopy bed with the zebra-striped blanket, her scattered clothes, her Barbie doll collection — everything taken. I check across the hall. My son’s room is empty too, except for his fishing pole propped in the corner. The shrieks of the moon rattle the glass of his window. I hurry to the back porch, stare into the sky and scream to that fat glowing ball of noise.

“What’ve you done with my children?”

I keep screaming that same thing only louder and faster each time until calloused hands grab my arms, pull me back inside and carry me to bed.

Carl tucks the edges of my blanket under the mattress. I stare into eyes that hold kindness and guilt, into the eyes of the man who loved fishing at night, the man who let my two children drown in the lake while I watched from the dock under the light of a blue moon.

Anne Anthony is a graduate of New York University, the University of Maryland School of Social Work, and Carnegie Mellon University’s Dietrich College of Humanities and Social Sciences where she earned a Masters in Professional Writing. Her career spans diverse fields — community organizer, social worker, technical writer, software project manager and business analyst. Most recently she escaped the frosty North to the warmth of North Carolina where she writes full time. Her work has been published in Brilliant Flash Fiction, Tell Us A Story, The A3 Review, Firewords Quarterly, The North Carolina Literary Review and Crack the Spine. She is a member of the North Carolina Writers’ Network and  currently serves as the Orange County representative. 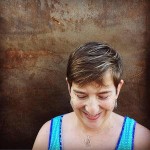