Back Story (a poem in palindromic rhyme) by Bill Yarrow 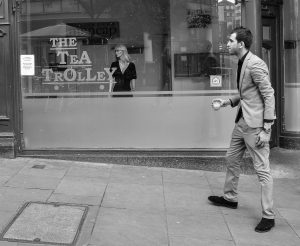 I wanted you in the worst way

you just waltzed, trippingly, into my life.

I measured you and the band played on.

as George Washington Ferris awaited the appearance of Gustave Eiffel.

“Well,” my mother asserted, “It’s all for the best”

but I remonstrated: “Not according to Lao Tse!”

The sun was making a botch of the garden.

Poems never end the way you want them

to. Why is that? What makes so many so meh?

Bill Yarrow, Professor of English at Joliet Junior College and an editor at Blue Fifth Review, is the author of “The Vig of Love,” “Blasphemer,” “Pointed Sentences,” and five chapbooks, most recently “We All Saw It Coming.” He has been nominated eight times for a Pushcart Prize. “Against Prompts,” his fourth full-length collection, is forthcoming from Lit Fest Press in October 2018. 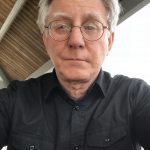