At-Risk Teens: A Love Story for Children by Marc Schorin 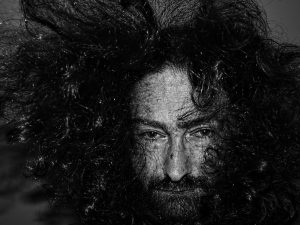 G is an at-risk teen. That means that he does not believe that his life has a purpose; that he can’t remember a time when it did or might; that the worst part of his day is waking up and the best, going to sleep; it means that he has more or less concluded that he wants to die. Also, it means that he is between the ages of 13 and 19.

G is in love. That means that he is chock-full of clichés he consciously believes in, such as the idea that one person makes or has the potential to make another whole, or, at the very least, that one person makes another want to be whole. Moreover, G is not simply “in love,” but in love with someone; X, in particular.

X, too, is an at-risk teen. She, too, does not believe life has a purpose: she can’t remember a time when it did or might, and the worst part of her day is waking up, and the best, going to sleep. Obviously, she has also more or less concluded that she wants to die. It goes without saying that she, too, is between the ages of 13 and 19.

Both G and X live in an enormous Edwardian estate, amidst a number of other at-risk teens, with whom neither are in love. Except for that they cannot choose what they eat, and that they must attend daily one-on-one and group therapy sessions, they have total control over what they do and how they dress. This, in particular, came as a surprise to X, who imagined the progressive psychiatric ward as being a kind of progressive Victorian zoo, in which animals are allowed to roam free, but in strict uniform.

The ward was in fact far less exciting; X spends her time wishing she were dead and writing intense closed-form poetry about whatever comes to mind. She quickly found that oftentimes, for what could be minutes or what could be days, nothing whatsoever came to mind, and so she was forced to write about other patients. This, in turn, caused her to make her writing somewhat of a secretive act, in a manner interpreted as snobbery by the other at-risk teens.

G was, in fact, no exception to this rule, for he did find the girl scribbling in her notebook aloof and intimidating. Moreover, given the nature of the ward, whatever she was writing was probably nonsense. However, in spite of his suspicions, or perhaps because of them, he grew attracted to her and her rotting-apple eyes that seemed to form bat-filled caves in the middle of her face. He frequently imagines tripping over her and accidentally knocking out a colony of tiny bats, screeching angrily. He thinks the idea is very funny, and he looks forward to one day describing his fears to her and seeing her laugh at them, too. He does not describe the situation to his therapist, however, under the assumption that the therapist would think he meant it literally.

X, meanwhile, had long since dubbed G “The School Shooter,” on account of his black sweatpants and hoody, and his wild hair. To be fair, the moniker could be applied to any number of other boys at the clinic, but only he was The Shooter. Not that this was a bad thing, per se. She did not think he was likely to shoot anyone, but the way he quickly averted his eyes whenever she looked over made him a better candidate to be The Shooter than anyone else. 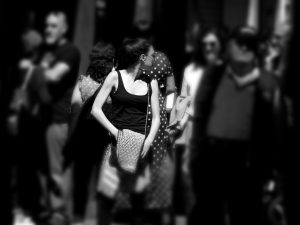 She, in contrast to G and his decrepitude, takes pristine care of her body. She showers twice daily and washes her hair every other day. She is, in general, suspicious of food; like G, she had at one point developed an eating disorder. However, since she must eat, she eats as little and as healthily as possible. The same cannot be said for G, who, after days of starving himself, might binge eat whatever is at hand.

He had noticed that she was disinclined to eat much: whenever she entered the cafeteria, which was once a day, she would grab an apple, replace it with another, healthier one, and leave. The apples in the cafeteria were, like her eyes, swollen and dark around their pink rims. They weren’t rotten, though, simply beaten up and stale. They are imported, it seems, from out of state, despite the fact that there is an apple tree that grows inside the grounds.

G did not know about the tree, not until he followed X out of the cafeteria one August afternoon. The apple tree extends its many limbs like a Hindu god over a small patch of grass at a hidden edge of the garden. In fact, it was there, under the tree’s plentiful red eyes, that X reposed from the brutal heat of the day and, of course, wrote.

She approached the tree, unaware of The Shooter behind her, and threw the cafeteria apple that she had nicked against the tree trunk. It exploded into a shower of wet confetti. Then she picked an apple from the tree and set it down beside her as she sat on the bits of the old one. It was then that she noticed G.

He blustered and apologized and turned to leave as X called him back. She asked for his name, at which point he apologized again. She said she didn’t mind, and she offered him an apple as proof of her forgiveness. He took the apple, and sat down.

They didn’t speak much; in fact, they never spoke much. All the same, it became a tradition that they would take apples from the cafeteria, replace them with fresh ones from the tree, and then shatter them against it. It is a ritual he cherishes and chooses to believe in. He keeps it close at hand, like his clichés, to breathe in whenever necessary. They form an understanding, slowly. An understanding they neatly flatten out and fold with young hands into shapes of their own design.

They will overlap at the clinic for two months. After they part, they will trade information, and will keep a more or less steady stream of communication. But it would only be years later, years after they were at-risk teens, that they will see each other again. They will speak much more this time around as they talk about their final years at college and their lives since the clinic. They will find apples, and will throw them against trees.

Marc Schorin is a college student from New York City. In his spare time, he likes to read and write, like a nerd. His writing has appeared in Figments, Princeton University’s magazine of science fiction. This love story was written for the Spider Mother performance series and its zine. 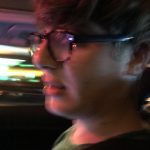