Editor’s note: six poems by Antonin Artaud have been translated below by R J Dent: Love, Dark Poet, The Mystical Ship, Prayer, Sex Street, and ‘With me is god-the-dog, and its tongue’ (from The Umbilicus of Limbo).

These six poems are then followed-up by R J Dent’s translation of Antonin Artaud’s Revolt Against Poetry. 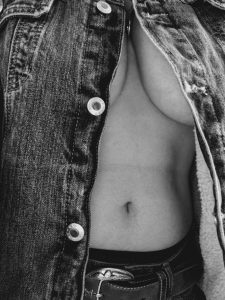 And love? We must cleanse ourselves

of this hereditary filth

where our stellar vermin

The organ, the organ that grinds the wind

the tides of the raging sea

of this disturbing dream

Of her, of us, or of this soul

sitting with us at the banquet

tell us who is deceived,

inspirer of the infamous

She who sleeps in my bed

and shares the air of my room,

can play dice on the table

of the ceiling of my mind

Dark Poet, a virgin’s breast
Haunts you,
Embittered poet, life seethes
And cities burn,
And the sky sucks up the rain,
As your pen writes on the heart of life.

Eyes blaze, tongues lash,
The heavens surge into our senses
Like mother’s nourishing milk;
Women, I hang from your mouths

And kick your hard, vinegar hearts.

It has been lost, that archaic ship

On seas that drench my fevered dreams,

Its tall masts hidden in the mist

Of a biblical and psalm-filled sky.

It will not be pastoral Greeks

Who gently play among bare trees;

And the holy ship will never sell

Its rare cargo in foreign lands.

It knows no warm ports of the earth,

Eternally alone, it knows only God,

As it plows through glorious, infinite waves.

The pointed bow plunges into mystery;

At night, the tips of its masts gleam

With the mystic silver of the polar star.

Ah, give us burning skulls

Skulls burned by lightning from the sky

Cleansed by your presence

Deliver us unto the inner skies

Where chasms are filled by showers

And where vertigo fills us

With your incandescent power

Feed us – give us this day our daily

Instead of your blood

Free us. Divide us into tribes

With your hands of eternal fire

And send us along burning roads,

Where we go to die beyond death

Make our brains distort and twist

At knowing our own godliness,

And delight in our intelligence,

As we’re pulled into each new hurricane

cafes, all full of whispering

and when desires collide,

‘With me is god-the-dog, and its tongue’

(from The Umbilicus of Limbo)

With me is god-the-dog, and its tongue,

the skin of the double vaulted cap

of the itching earth.

And here is the triangle of water

that crawls with a bug’s gait,

but which under the burning bud

turns around to stab.

Beneath the breasts of the hideous earth

the earth’s breasts and the frozen milk

that will rot her hollow tongue.

And here is the virgin-with-a-hammer,

eager to pound the caves of earth

in which the skull of the dog star

We have only ever written with the incarnation of the soul, but the soul was already made, and not by ourselves, when we enter poetry.  The poet, who writes, addresses the Word, and the Word has its laws. It is in the poet’s unconscious to automatically believe in these laws. He believes he is free and he is not.

There is something at the back of his head and behind his ears – something of his thoughts. Something is growing at the nape of his neck, rooted there from before his genesis. He is the son of his works, perhaps, but his works are not by him; for whatever is of himself in his poetry, it was not put there by him, but rather by an unconscious producer of life, who designated him to be his poet, and who has obviously never been well-disposed toward him.

I do not want any Word of mine coming from some as-yet-unknown-to-me astral libido, totally aware of the formations of a desire that’s mine and only mine. I do not know what operations of rapaciousness there are, in the forms of the human Word, nor what self-devouring greed goes on, whereby the poet, committed to the object, sees himself eaten by it.

The crime regarding the Word made flesh is the crime of having allowed it in the first place. The libido is animal thought and it is these same animals that, one day, turned into humans.

The Word produced by men is the idea of an invert buried by his animal response to things and who (through the martyrdom of time and things) has forgotten that the Word had been invented.

The invert is one who eats his self, and wants his self to nourish him, seeking in his self his mother, and wanting to possess her for himself. The primitive crime of incest is the enemy of poetry and the killer of all that is immaculate in poetry.

To give one’s self to one’s poem is also to risk being raped by it. And if I’m a virgin for my poem, it must remain a virgin to me.

I am a forgotten poet, once reduced to nothing but matter, although matter will never devour me or my ego.  I do not want these old reflexes; they are the consequences of ancient incest, which came from the animal ignorance of the virgin law of Life.

The self and the ego are both catastrophic states of being in which a living person is imprisoned by perceived forms. To love one’s self is to love a dead person, and the law of the virgin is infinite.

The unconscious producer of our selves is that of an ancient copulator who indulges in primitive magic rites, and who has obtained this magic from the infamous and is able to bring himself back endlessly, so he is now able to invoke a Word for a corpse.

Libido is the definition of this desire for a corpse and the fallen man is a criminal invert.

I am such a primitive. I am dissatisfied with the unbearable horror of things. I don’t want to reproduce myself in things but I want things to happen through my self. I don’t want any hint of my ego in my poem and I don’t want to meet my self again there, either.

My heart is that eternal Rose that has come from the magic power of the initial Cross. He who crucified Himself never returned to himself. Never. For he also surrendered to Life the self by which he sacrificed Himself, after having forced himself to become the being of his own life.

I want only to be that poet forever, the one who sacrificed himself in the Kabbalah of the self to the immaculate conception of things.

R J Dent is the author of Myth, a horror/fantasy novel; of Gothiques & Fantastiques, a collection of Gothic stories, and of Deliverance, a controversial Gothic novella of infanticide and cannibalism.

As a renowned translator of European literature, R J Dent has published modern English translations of Charles Baudelaire’s The Flowers of Evil (2009); and of Le Comte de Lautréamont’s The Songs of Maldoror (illustrated by Salvadore Dali) (2011). He has also translated the ancient Greek Poems & Fragments of Alcaeus into modern English.

R J Dent is the author of Moonstone Silhouettes, a poetry collection. He has introduced and edited a new version of Christopher Smart’s Jubilate Agno, and he is the author/translator of several chapter of Sade: Sex and Death, a non-fiction study of the Marquis de Sade.

His poems, short stories, novellas and essays continue to appear in numerous magazines and journals, including Writer’s Muse, Acumen, Inclement, Orbis, Roundyhouse, Chanticleer and Philosophy Now, to name but a few. 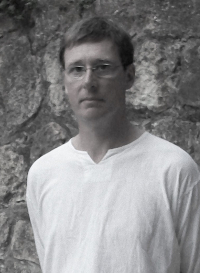