Afternoons at the Park by Alana Gautreau

Sometimes when I am sitting at the park on a Sunday afternoon a sorrowful little game comes over me.  Guess Who it’s called, inside my head.  It makes it sound so lighthearted, but it’s not.

I observe a group of children running around the playground.  Some with dirt-smudged knees, others with hair knotted by a welcomed, cool breeze.  Arms up over their heads as they zoom down the rusted slide, bare calves cooking on the metal surface.  Look at the ones making small hills with handfuls of woodchips, delicate fingers oblivious to the sharp puncture of splinters. See the ones playing tag, running to touch the bark of the towering maple tree, yelling “safe!” as their would-be captor reaches out but just misses the hem of a ragged t-shirt.

Now I try to guess who.

Guess who will think it’s okay to get behind the wheel after a few drinks.

Guess who will have a date in college that thinks the word “no” is a joke.

Guess who will have a good pension and a golden retriever doing laps in the lush backyard.

Guess who will raise a child alone after a devastating illness strikes their partner.

You should do it too.   It makes you feel like a god, to look upon their small faces, flushed with the exertion of playing in the mid-summer heat, and place upon them an imagined future.

Now, pull out your old kindergarten photo. Look at the rows of children placed from small to big, like khaki-pantsed and floral-skirted matryoshka dolls.

And play the game again.

Run your fingers down the line of smiling faces all frozen in the moment after “cheese”.

Even as your fingertip comes to rest upon your own familiar image, your wide-mouthed grin with a gap where your left incisor lost its grip to a crisp and clever apple, your sandpaper hair that refused to stay the way your mother parted it in the morning.

And wish you were wrong.

A writer of fiction & non-fiction, Alana Gautreau was shortlisted for Room Magazine’s 2015 Creative Non-Fiction Contest. She recently participated in the Humber School for Writer’s Fall Workshop under the mentorship of Meg Wolitzer. She enjoys reading at borrowed cottages and buying copious amounts of tea. Alana presently lives and works in the Toronto area. 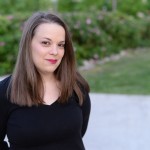