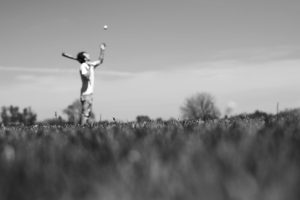 The Baby Stasis Machine arrived just two weeks after I first discussed the idea with an equally tired friend. I found the box on our front porch, a thoughtful gift. It was to be used for short bursts – maybe fifteen minutes – to pause a child and make life manageable. Just enough time for a quick shower, or to prepare food, or to cry under the duvet at the monotony of life. I bought shower mousse that covered my distended skin in thick white foam, hiding the scar and sagging flesh. Before I could rinse it all away, the machine beeped and baby started to cry. It was simply not long enough.

I tried a double cycle. Thirty whole minutes. My blow-dried hair bounced like in a commercial. My socks matched. I realised that baby’s big sister had such supple joints she could fold herself into the machine. While baby napped, I paused my toddler and remembered how great it felt to sing a song that didn’t rhyme, to eat chocolate without crouching in the corner, to not lock the bathroom door.

My husband commented on my improved mood, nodded his approval when I lied that I was eating more nuts and drinking only boiled water. Husbands hear what they want to hear. There is a wide range of normal development in babies I told him, no need to call it ‘delay’. Baby would make up for lost time spent in stasis, eventually.

When had I ever put my own needs first? On the airplane that brought us to this country, the hostess explained to adults to place their own oxygen masks on before those of children. What use are we when overwhelmed, faint, oblivious that we are plunging into the ocean?

So I used the machine on myself. I started with my hands. Veins like cheese from back home and skin as dry as a cat’s tongue.  I placed both children in a playpen with toys, food, iPads. Lying naked on my front, I stretched my hands into the machine for two rounds of stasis. Running from machine to children was exhausting. I turned up the music to drown out their cries. A strict rota of the most important areas: hands, face, breasts, at two cycles per body part, filled the day before my husband returned – giving me just enough time to tend to nappy rash and face wipes. 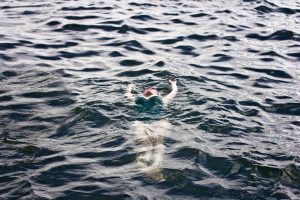 In time, the children fended for themselves, became so self-sufficient I could burst with pride. My structured use of the machine went a step further than stopping me ageing – rejuvenation! Supple, strong, soft. My energy levels bubbled over. I ran up and down the stairs two at a time, until time started to condense, fold over itself. Whoosh, I was at the top of the stairs without recalling how I got there. Swish, I was holding a bowl of egg-whites whipped into soft peaks, unrecognisable from the gloop they started as.

The children stared wide-eyed in wonder at who momma was becoming. I remembered how to laugh. My old language bubbled out, filling the house with soft throaty sounds of the sea.

When my husband came home early that day with his sour faced sister, I couldn’t hear what he said. I watched his small, tight mouth move. Saw the grey wisps in his little moustache that proved the growing gap between our ages. He shook his head as I pulled my face out of the special box, cheeks still tingling from the rays.

‘But look how young I am! Feel my skin.’

He took a step back from me. His sister grabbed one child under each arm while crying and yelling at me. So jealous.

I felt light and free, as if watching them all through a television screen. Until he touched my machine. Then I screamed and scratched, my lungs refusing to fill. I strained for my machine, my everything. He pinned my perfect body to the ground with one arm as he dialled emergency services with a hairy thumb saying “it’s just a cardboard box, what the hell is wrong with you?”

I stopped wrestling and wondered if I could mould my body into thin air now, swerve out from under him and fly through the window, away from him and them and now.

As I stared at the backs of my hands, they started to disappear completely. My feet melted into the carpet. I closed tissue-thin eyelids as my face evaporated, taking me away from the ambulance sirens that were approaching, and the machine I no longer needed. 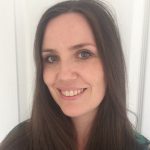