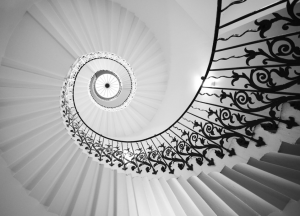 Nell’s brother played the piano at night. It was less a melody than the suggestion of one, his fingers light over the battered 61-key notched beneath the windowsill with its volume slider shoved low, notes diffusing like tiny raindrops in the dark, evaporating before they fell.

Nell was thirteen and her feet were gray with a permanent layer of grit, crusted with calluses from gripping the stovetop metal of fire escapes. The contused arc where she had smashed her hip against the concrete felt like the sweetest kind of release. Her hair coiled into thick matted tendrils. It was summer in New York and everything was heat.

Nell’s brother hammered out Bach etudes. Inversion. Counterpoint. Nell hammered her feet through slender alleys, staccato, prestissimo, and pretended she didn’t know the sizzling humiliation of digging through trash, fingers catching on dented Coke cans, the crumpled, oily edge of a hamburger wrapper, pickles sliding on a ketchupy sea over a crescent-moon sliver of patty.

There was hunger and there was a harder hunger, evident in the bruises that appeared on her brother’s fists, magician’s coins, venomous flowers that tensed over each knuckle, red centers crusting violet, as his fingers winged across the keys. The F above middle C was broken. It left holes in the melody, an absence of sound like a missing stair, like setting your foot down and finding only air.

Nell filled it with hectic motion, the sear of hot asphalt. Blood bloomed beneath her heel when she trod on shards of broken bottle, and her brother sutured the deepest cut with a stocky sewing needle and a jar of peroxide. Blood bloomed between her legs one evening in August, a thin trickle like the sludgy crawl of rainwater beneath a spout.

She went into the bathroom. Condensation beaded the mirror. Nell’s mother was sliding lipstick over her mouth in slow, lurid sweeps.

Her mother’s eyes flicked over her, past her. Her skirt gleamed on her hips like the pelt of some strange exotic animal.

There was a half-empty box of Kotex in the cabinet. Nell folded the flaps down over the translucent seat of her underwear and thought about the gloss of black leather, the bitter-chocolate glide of a chromatic scale in the dark. 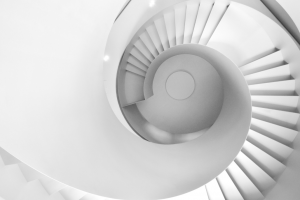 Nell’s brother played the piano at night. Chords crashed one over another like a thicket, an ocean, and in the other room the bed groaned and shuddered like a ship cast out to sea. Coarse, throaty moans scythed in lewd countermelody. By daylight the men drifted through the kitchen with the flimsy impermanence of heat shimmers, of exhaust swirls, of the memory of a photograph, their mother smiling up at Nell’s father, fingers laced together like the ivory-ebony of piano keys.

Quiet, when it came, was a shallow, seeping tide. The chords turned softer, teased apart into delicate strings. The nocturne gilded the air like the lace of autumn chill as Nell swam in the blackness behind her eyelids, the impressions of notes quavering into a diaphanous chain: a close, hushed stillness.

She opened her eyes and realized the music had stopped. Her brother was a shadow in the propped window, one leg slung over the sill, the hissing orange flare of the lighter between his fingers a bare flicker against the glittering sprawl beyond.

“You didn’t finish the song,” she said.

He exhaled a slender stream of smoke. “The action is shit. It’s screwing with my technique.”

“If you could buy any kind of piano,” she asked, “what would it be?” A string of syllables, a nothing question. But it twitched beneath her bones, the convulsive need to fill the air with sound, or else her brother’s silhouette might bleed into the gauzy darkness, disappear into the tangled lights of the city like so much soot.

He shook ash out the window. It curled downward in sweeping gray drifts.

Smoke trailed lightly over the windowsill. Sirens wailed in the distant night, and the echo of music rose like a vaporous veil, a sheer, shimmering concerto. 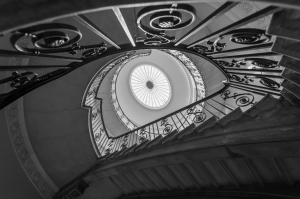 The keyboard was two octaves too short. Sometimes the glassine plink of high notes petered into silence, her brother’s hand dancing spiderlike through air. Worse was the crush of sound before a cliff’s-edge silence, the melodic line left stark and naked as he pounded silent chords against the desk.

It seized in Nell’s chest like the weightless lurch of arcing too high on a swing set, the chains going momentarily slack. The feeling of raising the keyboard and seeing the brochures stacked beneath the scuffed plastic edge, so different from the lacquered upright in the high school choir room, from the sheen of the studio CD whirling silver around her brother’s finger. A postage stamp, an acceptance letter: a magic trick.

Buds rotted gently on spring branches. Heat bristled over the fire escape and dirt creviced the spaces behind Nell’s ears, peeling away beneath her fingernail in linty ribbons. Nights were the curdled sepia of a polluted bay and music the black skip of pebbles over the surface, and then the dark went silent and everything seemed narrow and inescapable, pressing in like a vice.

The piano lay still at night. Black keys rose on a sea of white like a checkerboard graveyard. Summer bled cool beneath the smoke-barbed blade of fall. The spindly forsythia on the neighbors’ fire escape lost its leaves in rattling clusters.

Her mother’s newest boyfriend used to reel off Tatum and Gershwin in dusky neon bars. His fingers were pale and thick, with hairy knuckles and solid, squared-off nails. He pressed the keys too hard, each note shadowed by the tacky click of plastic.

“Needs a lighter touch,” Nell said. “The action is shit.”

“You’re too young to swear,” he said.

He cupped his hands over hers and taught her jazz scales, levering her fingers into tight, syncopated progressions. When his thick fingers pushed beneath the frayed edge of her underwear, she thought about black leather, the sear of hot asphalt, the collision of minor chords beneath a briny, uncaring night. 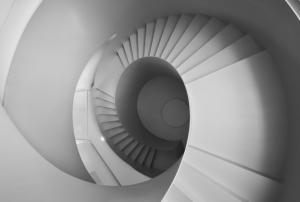 Nell played the piano in the morning. The house was a wasteland of white noise. Hours folded in on themselves, variations on a theme, a reeling array of permutations, and the sun rising slick and scarlet.

Creaks and hot breath. Theme and variations. When bruises bloomed on her thighs she dug her fingers into the venous violet centers and thought about magician’s coins, toxic flowers probing their smothering tendrils up into the gaps between her ribs.

Winter came in seeping spasms, snow piling in broad, ashy drifts, and Nell found herself cross-legged on the piano bench in the empty choir room, sneakers digging scuffs into the leather. Bach’s fugue in G minor hitched and stuttered beneath her cold fingers. Inversion. Counterpoint. Raise the lid and see the strings pulled taut beneath her walnut exterior, the jumping levers, the delicate dance of woodwork.

Nell’s brother played the piano at night. She notched the phone beneath her pillow and listened to the notes pressing hoarse and tinny through the sputtering connection, like smudges of hail in the dark, fissuring where they fell.

Nell was fifteen and a diamond scab crusted the crease of her lip where her thumbnail bit convulsively into the chapped center. Silence fell in a quilted shroud, the hall bare of the rasp of floorboards, but every creak stuttered like the echo of a missed note.

She pushed up the hem of her shirt and touched the gold stud, a hot raised ridge, a sewing needle and a jar of peroxide, and slid her fingers in a glissando over her ribs. Hunger gnawed in vivid contusions when she shook cigarette ash out the propped window, the glowing orange tip mirroring the dot on her stomach: hazard lights, or a brand. Smoke was heady and noxious and each inhale felt like drowning.

Frost edged the air and held the night in grainy, precise suspension, like moth wings beneath glass. The bare branches of the forsythia looked skeletal in the gloom.

“Are you coming back?” she said into the phone. “This summer?”

A muffled arpeggio. A rapid trill. “Do you need me to?”

She thought about the choke of hot breath in the dark. The whisper of sheet music against the window, pale edges rustling like angel wings, and the narrow bare darkness above. A pianissimo hush, glassine betrayal. 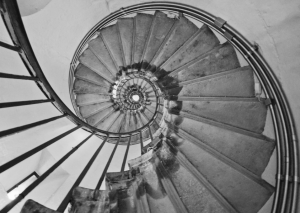 Nell sat at the piano at night. The house was silent and outside was a cacophony, a keening siren like a lone violin, the tremulous clash of horns.

Headlights crawled the streets in luminous, shifting strings, like the pulse of blood through arteries. Her cell phone blared tinny pop where it crouched beetlelike on the windowsill. Sweat gritted the curve of her spine. It was summer in New York and everything was static.

When she finally answered the phone, the connection hitched and crackled. But her hand found the other half of the melody, and it felt like letting out a held breath.

Annika Rao grew up in central New Jersey and currently attends the University of California, Berkeley. Her short fiction has also appeared in Quail Bell Magazine. She loves musical theater and urban legends, and could probably use a nap right about now. 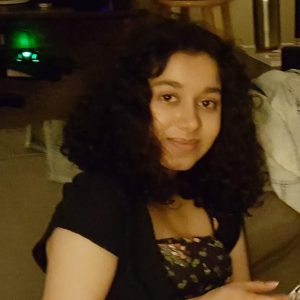