A Retraction by Andrew Bertaina 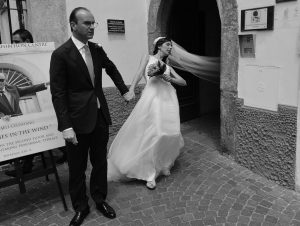 After lunch of fontina cheese and fresh bread, taken beneath the silver leaves of olive trees overlooking the Forum, he and his wife wandered over to Palatine. Once there, they looked out at the small hillocks of grass, no more than a slight undulation in the land’s straight journey. She was reading from the guidebook, and he was looking around at the crumbling facades, tumbled rocks and bleached stones. The wind stirred slightly, a faint effort.

After a while, they tagged along with a tour group that was being led through the ruins, each wearing a bright white lanyard. The couple was acutely aware of their lack of laynyards, but curious enough to disregard the feeling and stay on the tour. The guide was a handsome Italian man, with an attractive smile and a habit of putting his leg up on fence posts as he talked, looking athletically around. The guide said that they used to flood the stadiums and hold naval battles where the hills now lay, hurling cannon balls across the greened space while crowds roared their manic approval at the spectacle.

They learned a lot in the half hour as a part of the tour group before leaving again to stare at the hills, two lost sheep wandering away from the flock. The husband felt something stirring in his soul. “Just imagine,” he said, his eyes widening in wonder, “naval battles.” The wife read studiously from the guidebook. She confessed that she couldn’t see it at all. They just looked like hills to her. They fought briefly over whether the sight was interesting, her position being that it was, in theory, but not in practice. His being that he could practically see the men boarding one another’s ships, the swords glittering in the warm Italian sun.

Years later, after the divorce, he acknowledged in an e-mail that it was kind of hard to imagine a naval battle taking place on those idyllic hills of Palatine. She wrote out a long reply but never hit send.

Andrew Bertaina currently lives and works in Washington, DC. He obtained his MFA in creative writing from American University where he also now works as an instructor. His work has appeared or is forthcoming in more than thirty publications including: The Best American Poetry 2018, The Three Penny Review, Tin House Flash Fridays, Hobart, Apt, Bayou, and Catamaran. His work has also previously appeared in Sweet; Cease, Cows; and The Forge 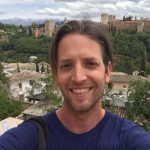