Andrew Terhune, An Interview with Will Gray 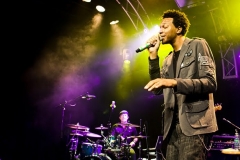 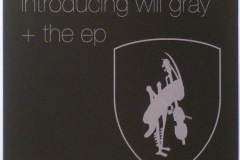 Will Gray aims high. When he writes, when he performs, when he speaks: Will Gray is an artist. According to his bio, Will is a hip-hop/Americana artist who combines urban and rural influences to create organic pop music. This is a good description, but his sound is one that eschews traditional categories. Will produces a refreshing blend of pure American music, incorporating guitar, banjo, cello, and turntables: you need to see it to believe it.

I’ve seen it and I’m a believer. While Will’s focus is music, he recently took on a new project—a film debut about the experience of trying to make it in today’s music business. Broke takes a warts-and-all look at what’s working and what’s broken in today’s music industry. Using himself as a case study, the film follows Will on tour, at home, meeting with labels, and going broke. Broke is a heartbreaking and courageous look at the life of an independent artist trying to be heard, trying to break. The most refreshing thing in the film is Will’s optimism, which, when coupled with his passion, provides a truly uplifting take on life in a harsh business. With Broke, he tells a tale of survival and perseverance, and what he relies on is love and music. Will Gray is as real as it gets. You now have no excuse. You’ve been informed.

I recently caught up with Will to see what’s happening with the music and how life has changed since the film. And don’t forget to download the free track, “Pressure Man,” at the bottom. Compliments of the man himself.

The Fiddleback: How would you describe your writing process? How do you approach a song?

Will Gray: I’ve always held onto a quote by Chuck Close: “Amateurs wait for inspiration, the rest of us get up and work.” That pretty much sums up my approach to writing. I tend to collect ideas as they happen—via inspiration—and then I sit down methodically and go through the ideas to write. I don’t play an instrument, so I hear all of the parts in my head, and then work with people to translate parts to various instruments. My process is similar to classical music’s counterpoint style: Each of the instrumental parts or vocal melodies work together to build out these implied harmonies. So I always start with a melodic idea and then try to establish a tempo by beat-boxing. Lyrics are generally the last to come.

The Fiddleback: What went into the recording and release of your 2007 EP Introducing Will Gray?

WG: It was an experiment. I had just left the band I was in, and was trying to imagine what type of record I could make. I had the basic riff of the banjo line that’s in my song, “Back to the Wall,” and knew that I wanted to craft music that used those rural textures blended with an urban sensibility. We made the EP in my friend Ben Kesler’s basement studio in St. Louis. He really made the project come alive. He took the hundreds of tiny musical ideas and gave them flesh.

The Fiddleback: What’s changed since the EP?

WG: That’s kind of a loaded question. Everything! I moved across the country. I made a documentary film. I’ve written hundreds of songs. I’ve had the opportunity to work with Grammy and Oscar award-winning artists…so, yeah…much has happened in a relatively short period of time.

The Fiddleback: Your style defies a definitive label. How has this shaped your experience as an artist?

WG: It’s been both blessing and curse. Blessing because generally speaking, there’s something for everyone to enjoy. I’ve seen the music bring people together in wide and varying ways across ethnicities, socio-economic backgrounds, age, etc. Yet, when it comes to the music industry, for the most part, no one wants to take a risk on the unknown. They want very easily definable ideas. Though CD’s are kind of antiquated now, the large companies still operate with the same mentality of selling a physical product. They all want to know what bin does the record go in at the store and what radio format will the music play on. If it takes longer than two words to describe, then they don’t want it. So, I just continue to build my little tribe by being myself. It’s the greatest feeling in the world to do something that is so intrinsically you, that there isn’t any second guessing. You never have to remember what mask to put on.

The Fiddleback: Who are you listening to right now?

I’m addicted to seeing ideas turn in to real works of art. The goal for me is to always turn words into flesh.

The Fiddleback: How did your songs make their way to T-Bone Burnett, and what was it like in the studio with Robert Randolph?

WG: A former professor of mine sent my EP to T-Bone, and after listening, he invited me out to LA to work on some more music for my album. Working with T-Bone and Robert on Robert’s record was truly amazing. T-Bone is such a rare breed and a true genius. There aren’t many records that made today when people get in the same room and make music together. That’s how the sessions were with T-Bone. There was a very seasoned energy… like anything could happen, but with T-Bone driving the ship, you knew that it was going to be magical. It’s like when someone that really knows a city inside and out takes you on an adventure. There were so many amazing players that worked on the record or just came by to hang out. On the couple of days that I was there, Robbie Robertson from The Band was there, T-Bone, Lenny Waronker, Steve Jordan, Leon Russell, Tommy Sims, Jim Keltner, Jay Bellarose. John Mayer was upstairs working on his record; Ledisi was working on her record in another studio. It was very familial. The energy from all of the sessions inspired each other. I’ll never forget it. I’ve learned so much just by watching T-Bone work in the studio, and I try to steal all of his tricks

The Fiddleback: Where did Broke come from? What experiences lead you to the decision to actually make a film about the industry?

WG: I wanted to know if what I was trying to pursue and achieve professionally was attainable anymore. I just felt someone’s story about their day-to-day existence with music needed to be told.

The Fiddleback: You’ve got some heavy hitters in the film: John Legend, Don Was, Kelly Clarkson, Bobby Bare Jr., to name a few. What was it like pulling together interviews for the film?

WG: It was a roller-coaster ride! We started with our friends, and then it just kept snowballing. Then one day, you’re stilling in a Manhattan loft talking to John Legend. It was a daunting task though; it stretched my administrative skills. Scheduling all of the interviews and coordinating travel and accommodations for myself and my director of photography, Jon Kofahl, was an enormous task. Thinking back on it now, I have no idea how we pulled some of it off. We had great friends and supporters on the ground in each town we filmed to help make sure everything went smoothly. This was definitely a team effort!

The Fiddleback: What’s the response to the film been like? Any surprises?

WG: We’ve had a tremendous response so far, and I couldn’t be more humbled. I’m always surprised when we screen the film and the reactions are so loving and excited. It’s such a long journey from idea to screen, and seeing people react with the same hope, fear, and joy that we had while putting it all together is very gratifying.

The Fiddleback: Now that Broke is out and building momentum, do have plans for more film projects?

WG: No. Ha! Making a film is the hardest thing I’ve ever done, and I can’t imagine making another one right now, but you never know right?

The Fiddleback: What’s next musically?

WG: Right now, I spend most of my days writing for other people, but I have tons of “Will Gray” music to release at some point. I also have a side project called The Renegade with Reva Williams of Gretel. I just want to keep challenging myself artistically. I want to continue to make things. I’m addicted to seeing ideas turn in to real works of art. The goal for me is to always turn words into flesh.