Everything Old is New Again: Fiction for Today from Yesterday

There’s a moment in Nathaniel Rich’s Odds Against Tomorrow, published earlier this year, in which the author addresses Hurricane Sandy. Since the novel is set in the near future, and the main action involves New York being hit by a hurricane and subsequently flooded, Rich didn’t have much of a choice. But doing a little simple math—the novel appeared less than six months after Sandy struck—reveals that this was a late addition to the manuscript. And the brevity of the passage makes it feel tacked-on; after all, since the main character’s job is risk assessment, one would think he’d be talking about Sandy all the time. So was the book remarkably prescient, as numerous glowing reviews have claimed, or was Rich scooped by reality?

My answer would be both, or neither. Rich has admitted in interviews that he “couldn’t just not mention Sandy,” but that feels like pretty weak tea. Nevertheless, I can’t fault Rich for not rewriting his entire book to reflect a recent event—considering how quickly circumstances can change, that could easily become an exercise in futility. While I think fiction can (and often should) reflect the concerns of the moment in which it’s written, the impulse to chase the zeitgeist can get out of hand. If we really want stories ripped from the headlines, we still have this other medium called television. In fiction, the good stuff truly is timeless.

So in that spirit, I offer a short list of novels from yesteryear that both capture a specific moment in time and remain highly relevant today. This is by no means a comprehensive list, but simply five classic books that kept insinuating themselves into my thoughts as the year rolled along. 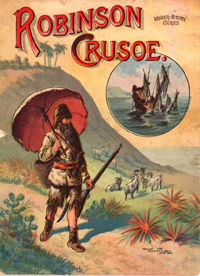 Much like the main character in Rich’s novel, Robinson Crusoe tries to face down catastrophe with rationality, to build a new life from the wreckage of an old one. And to an even greater extent than Odds Against Tomorrow, the first English novel was very much inspired by current events, in this case the shipwreck of Alexander Selkirk. One might think this would narrow the novel’s scope or limit its appeal to a modern audience. And it’s true that if you’re looking for a fast-paced adventure story, you’re likely to be disappointed by most of what happens between the shipwreck and Crusoe’s return to Europe. But it’s during that middle portion where Defoe delves into the book’s timeless theme: the human desire to impose order on chaos. Whether obsessing over agriculture or theology, Crusoe can’t help but imprint his own ideas on the world. And the particular kind of order he prefers—very bourgeois, very Anglo—is one that should be recognizable to most American readers. Today, though, with the world seeming bigger and more complex than ever before, Crusoe’s efforts to control the chaotic nature of life remain most notable for their ultimate futility. 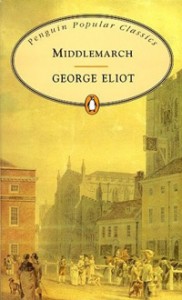 The struggles Eliot saddles her characters with need no updating for a contemporary audience: unhappy marriages, crushing debt, the desire to devote one’s life to a meaningful purpose, the inability to live up to one’s potential. In Dorothea Brooke, Eliot created a character whose noble ideals seem like a timeless portrait of youthful yearning, and whose failures are as heartbreaking as they are predictable. Along the way, Middlemarch takes aim at a number of targets that remain ripe for satire: materialism, scholarly obsession, religious fanaticism, the practice of medicine, and the absurdities of stereotypical gender roles. Crucially, these themes arise from the lived experience of Eliot’s characters, which is why Virginia Woolf described Middlemarch as “one of the few English novels written for grown-up people.” 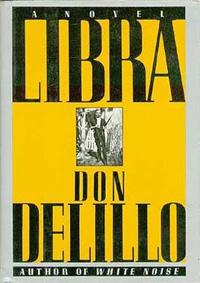 Since we’ve just recently undergone a wave of JFK assassination reminiscence, this is an obvious pick. But the book actually occurred to me after the Boston Marathon bombings, another event in which the national attention focused intensely on an act of violence, a manhunt, and the inscrutable workings of a disturbed mind. In Libra, DeLillo imagines the assassination not as a conspiracy to commit murder, but as a plot that grew beyond the control of the individuals who devised it, ultimately taking on a life of its own. Once set in motion, it becomes impossible to stop. But the motives that set Oswald on that path in the first place remain mysterious, even to himself. Was it a desire for revolution? For fame and notoriety? Was he simply insane? That’s a knot that history remains incapable of unraveling, which is what makes DeLillo’s fiction so powerful. 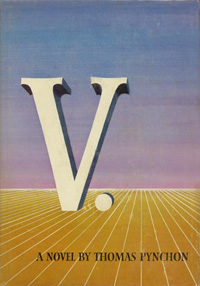 Though everybody’s talking about Bleeding Edge right now, Pynchon’s first novel speaks to the obsessions of our age every bit as much as the one set in this millennium. Published the same year as Kennedy’s assassination, V. looks toward the future by reimagining the past, as is Pynchon’s wont. But the book’s overarching anxiety—the many ways in which the world of the inanimate is taking over the human one—is perhaps more important than ever in the age of the algorithm. Amid this atmosphere of anxiety over the augmented lives we’ve created, V. regales its reader with Herbert Stencil’s search for the mysterious titular entity, who seems to crop up at various points across the globe, usually at moments of geopolitical import. For good measure, Pynchon also created one of literature’s most durable slacker figures in Benny Profane, former sailor and full-time schlemiel. It is the collision of these unlikely collaborators—and the different aspects of human nature they represent—that makes V. an indispensible, if often overlooked, part of Pynchon’s oeuvre. 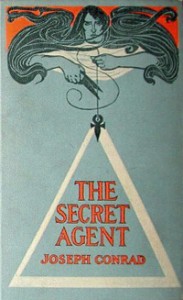 Since it was published in 1907, Conrad’s caustic portrayal of modern life, which was inspired by an attempted bombing of the Greenwich Observatory, has never stopped feeling timely. His disdainful attitude extends to everyone in the book: the anarchists plotting to terrorize London’s citizenry, the police trying to stop them, and the double agent living in both worlds. Every institution is corrupted, whether large or small, a government or a marriage. Perhaps his most bitter words are reserved for the city itself, “a town of marvels and mud,” where public safety is a mirage and nobody can be trusted. Conrad’s cynicism was apparently so shocking that he felt obliged to justify it in an author’s note to the 1920 edition, writing that he believed “ironic treatment alone would enable me to say all I felt I would have to say in scorn as well as in pity.” In a world of suicide bombings and constant surveillance, at least The Secret Agent will assure you that human society has seen it all before and survived to tell the tale.