“Lady Books” is too reductive a term for brilliant work published by women this year, in the same way “Man Books” might give off the wrong (right?) impression on a Philosophy 101 syllabus. I plead not guilty due to entrapment, aka this Bic for Her sitting like a devil on my shoulder.

Debbie Millman | Self-Portrait as Your Traitor 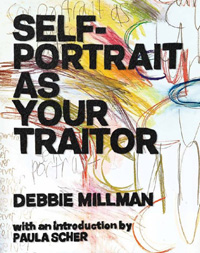 How a beautiful, hefty volume of illustrated essays by the cross-disciplinary artist, whose essay, “Fail Safe,” remains one of the best contemporary manifestoes on following the artist’s way. Self-Portrait is saturated with exquisite colors and minimalist, yet tender, text. “There is so little to be ashamed of,” Millman reminds the reader against a bright backdrop of reds and pink, the words like a backrub from an old, dear friend.

Dani Shapiro | Still Writing: The Perils and Pleasure of a Creative Life 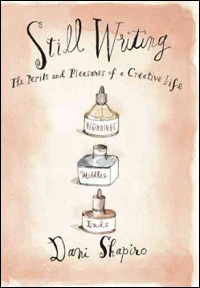 In the same literary family as Anne Lamott’s Bird by Bird and Annie Dillard’s The Writing Life, though lacking the former’s humor and the latter’s spiritual ecstasy. Shapiro avoids the canned feel of a commencement address by revealing, in tender detail, the loneliness that led her to take up writing in the first place. For Shapiro, the creative life requires “the willingness to be alone with oneself. To be gentle with oneself. To look at the world without blinders on. To observe and withstand what one sees.”

Sophie Fontanel | The Art of Sleeping 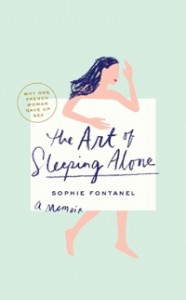 Published under the title L’Envie (The Desire) two years ago in France, this slim memoir recounts the sensual education of the Elle editor, who gave up partnered sex for twelve years. “I was through with being had,” she writes in one of the vignettes. Though at times too lofty in tone, Fontanel’s advice remains invaluable: stop looking for external gratification. Get quiet. Take milk baths. Tend to your own soft skin. 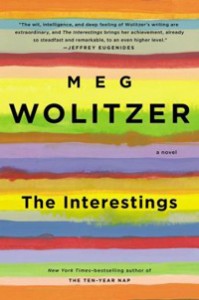 A warm, sprawling novel by the author of such great fiction as The Ten-Year Nap, The Interestings chronicles the diverging trajectories of friends from a summer arts camp over the span of thirty-plus years. At the heart of the novel is Jules Jenkins, whose dissatisfaction with her ordinary life is twined with her friends’ utter extraordinariness. Wolitzer turns a shrewd but compassionate eye on Americans’ hustle for happiness. “People could not get enough of what they had lost,” she writes, “even if they no longer wanted it.”

Allie Brosh | Hyperbole and a Half 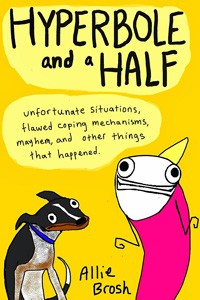 The cult favorite of the Internet now has a print edition, which compiles some of the comic blog’s most popular posts with brand-new content. Brosh’s drawings, rendered hilariously in Microsoft Paint, are more sophisticated than meets the eye; her humor ranges from high silliness to profoundly pathos-rich. Childlike in the best possible way. 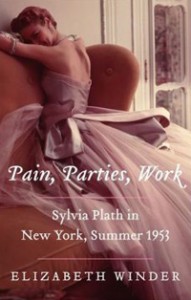 Perhaps anachronistically, this account of the brief period Sylvia Plath spent as a guest editor for Mademoiselle has provided the most lasting impression of the poet and artist in this reviewer’s memory. Much of the scholarship, pop and academic, on Plath focuses, often tiresomely, on her mental illness. In Winder’s book, suffering is balanced by sweet banalities: heeled pumps, caviar, Bakelite telephones. Plath’s inner life is revealed through external objects; she discovered “what was enough by indulging herself in too much.” 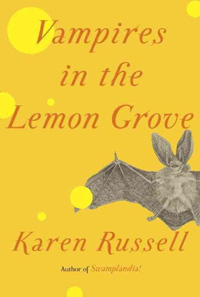 The sheer force of Russell’s wild imagination is enough to sustain this story collection, even if whispers toward greater truths are few and far between. Where else can you read about captive women who transform into silkworms, a horsey Rutherford B. Hayes, and vampires drowning bloodlust in a sundrenched Italian lemon field? “It’s strange to own anything,” one of her characters thinks, landing upon the curiosity at the heart of Russell’s work, “even your own flesh, that nobody outside yourself ever touches or sees.”

Sari Botton | Goodbye to All That 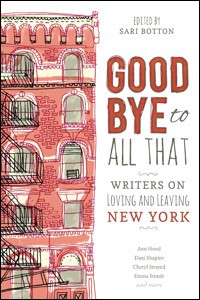 The subtitle to this all-female essay anthology is Writers Loving and Leaving New York, and both verbs are equally accurate. Of course, writers have opined on staying versus leaving New York for ages, and Didion’s eponymous essay says it better than any of the work in this collection. Still, it is a worthy undertaking for any author, or for that matter, any human being: to participate in a great love. And then, after love departs, to tell the world what you have seen.